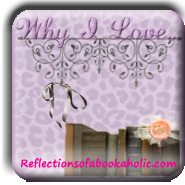 The topic this Wednesday is… Humorous Reads

I just finished a great audiobook called Beauty Queens by Libba Bray!  It was a hilarious satire on pageants and pageant women.  I laughed so much in the car driving to work I know people thought I was insane.

What are some of your favorite books that made you laugh out loud?  Spit out your tea while reading?  hheeeheeehhee!!