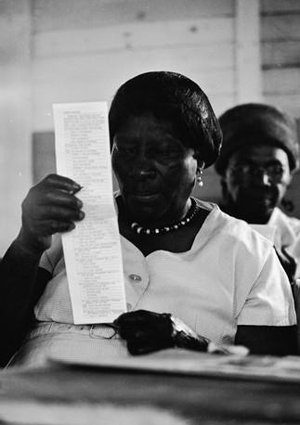 A dystopia is a community or society, usually fictional, that is in some important way undesirable or frightening. It is the opposite of a utopia. Such societies appear in many works of fiction, particularly in stories set in a speculative future. Dystopias are often characterized by dehumanization, totalitarian governments, environmental disaster,or other characteristics associated with a cataclysmic decline in society. Elements of dystopias may vary from environmental to political and social issues. Dystopian societies have culminated in a broad series of sub-genres of fiction and are often used to raise real-world issues regarding society, environment, politics, religion, psychology, spirituality, or technology that may become present in the future. For this reason, dystopias have taken the form of a multitude of speculations, such as pollution, poverty, societal collapse, political repression, or totalitarianism.

There are some great titles up for vote this time.  Here are the Rules for Voting.

Parable of the Sower by Octavia Butler

The Twelve by Justin Cronin

When She Woke by Hillary Jordan