Velocity is a tight knit family. This band of brothers has each suffered some sort of tragedy, and the rock star life allows them to hide from it. On a hiatus from touring and recording, they all have time to think and wonder about the future. Little do they know, nothing will turn out as they expect.


After all they’ve been through, Silverblade is ready for a comeback. First they need to replace their fallen brother, Troy. This is no easy task, but they are determined to turn the page and move on.


Gasoline has taken the world by storm together for twenty years and their legacy has been the typical sex, drugs and rock ’n roll. The four of them thought that was all they needed. However, fate can be a fickle mistress. How will they play the hands dealt to each, and the hand dealt to the band as a whole?


Wicked End travels the world without caring what anyone thinks of their antics. Their North American tour is anything but typical. Girls are not allowed to stay on the tour bus for good reason. All of them did not do exclusive relationships and most thought women were made to be shared. Little did they know a hurricane would blow Mackenzie back into their lives and nothing would be the same again.

Steel is the Road Captain for the Dark Wings Motorcycle Club. Few dare to challenge this fearsome alpha. Those who do, regret it. He dominates everything in his life, including women. After all, women are for sex and nothing more.

Have you ever had an impossible fantasy? What would you do if you had the chance to make it come true? Would you go for it or chicken out?


Fast and Easy:
Could you work with your ex? Jonas and Dalia own a tattoo shop. Every day they say nothing as the other beds customers. Jealousy is not something either is used to. They have an agreement to never be intimate again. If they break that rule, will they rediscover their love, or will everything they worked for go up in flames?


Joe to the Rescue:
Ever had a forbidden crush? Angie has watched Joe from afar for several years. She wouldn’t dare admit her lustful urges. The young man is completely off limits. What she doesn’t know is he secretly feels the same. Will his daring act of compassion blow up in his face, or will she accept it for what it is?

The New Guy in Town:
Do you do one-night stands? Jennifer is dying to meet her new neighbor, but she’s not bold enough to walk across the street. Matthew just wants to meet a woman who understands him. When they find each other, sparks fly and both are ready to try something dirty and daring. Can they handle it?


Everyone has a celebrity fuck list, don’t they? Kelsee has one, too. At the top of hers is Josh. He’s everything her man is not. Josh is a playboy not looking to settle down in any way. They meet under upsetting circumstances, some would say are criminal. Will her desire for him overrule what she discovers he has done? 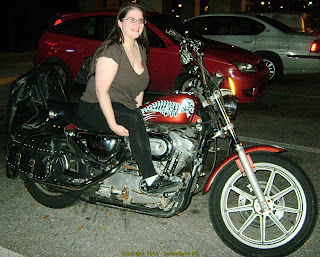 Bella Jeanisse lives for rock music. Addicted to concerts, Avenged Sevenfold, fictional rockers, and blasting music in the car, she can’t get enough. After her father turned her on to Queen, there was no going back. Of course, it didn’t stop there. Playing guitar became a pastime, which didn’t turn into a career… until she started to pen her fantasies and publish them.

Originally from Brooklyn, New York City, she grew up with access to clubs like L’Amour and CBGBs, hung out in Greenwich Village, as well as had plenty of friends in bands. No wonder rockers stayed on her mind. Bringing her ideas to life was a long time coming.

She is now living near Tampa, FL with 3 kids and 3 grandkids, as a single mom. Her family supports her writing even when it seems to take up more time than they feel is necessary. Can’t stop the muse, ya know!

Like Loading...
Previous Post: « How Empathy Can Be A Vital Management Tool
Next Post: March 2020 Book of Month: Handbook for an Unpredictable Life: How I Survived Sister Renata and My Crazy Mother and Still Came Out Smiling (with Great Hair) by Rosie Perez »