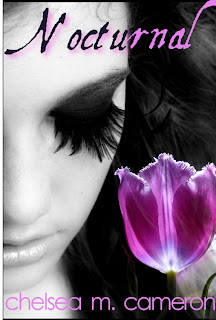 Book Description
Seventeen-year-old Ava-Claire Sullivan isn’t one for doing the expected. Especially when she finds out her mother’s cancer is terminal. After a crying session in the local cemetery where she’s attacked by one strange guy and saved by another, she doesn’t call the cops. Because those guys definitely weren’t your average hooligans.
And the one who sort-of saved her? Well, he’s odd. He doesn’t seem to breathe or smile or have anything better to do than wait in the cemetery for Ava to come back. Which she does. Call it morbid curiosity. Even after he warns her that he’s dangerous, she can’t stop wanting to see him, talk to him, be with him.
There’s something about Peter that provides a much-needed escape from her mother’s diagnosis and her tenuous relationship with her father. Even her best friends Jamie and Texas don’t know what it’s like to face death. But Peter does. He already has. He also made a promise a long time ago that could destroy both of them.
When everything in your life is falling apart, what are you willing to give up to hold onto the one thing that could last forever? 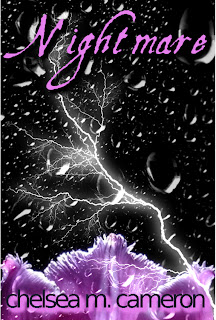 Book Description
Ava-Claire Sullivan still doesn’t follow the rules. She shouldn’t have let Peter Claim her, turning her into his own personal blood bank. She shouldn’t have told Tex Peter was immortal because now her best friend won’t shut up about hooking up with Peter’s equally immortal brother, Viktor. And she shouldn’t have fallen in love with Peter.
Too late.
Sometimes, love kills. One promise Peter made nearly a hundred years ago could do it. A kiss, a touch could be the end of him. So all she has to do is not let him fall in love with her. Easier said than done.
But Ava’s going to find a way for him to be free, even if it kills her. Or makes her immortal. There’s no way she’s losing Peter in addition to her mother. No freaking way.
What would you do when the one you love would die if they loved you back?
Author’s Bio
Chelsea M. Cameron is a YA writer from Maine. Lover of things random and ridiculous, Jane Austen/Charlotte and Emily Bronte Fangirl, red velvet cake enthusiast, obsessive tea drinker, vegetarian, former cheerleader and world’s worst video gamer. When not writing, she enjoys watching infomercials, vacuuming and tweeting. She has a degree in journalism from the University of Maine, Orono that she promptly abandoned to write about the people in her own head.Author’s Blog

If you like great prizes then you have to check out the Scavenger Hunt going on right now.  How does it work?  Well first you have to go to click the Banner below and then go to all the blogs on this tour collecting words.  Don’t worry you’ll see them.  Here is a hint…THEY ARE HIGHLIGHTED!  What’s in the cool Grand Prize?  Well, click the banner and see… Good Luck!!