Mocha Girl Read Book of the Month for September is Lolita by Vladimir Nabokov. Take a minute to see what this book and the author are all about.

Awe and exhilaration–along with heartbreak and mordant wit–abound in this account of the aging Humbert Humbert’s obsessive, devouring, and doomed passion for the nymphet Dolores Haze. Lolita is also the story of a hyper civilized European colliding with the cheerful barbarism of postwar America, but most of all, it is a meditation on love–love as outrage and hallucination, madness and transformation. With an introduction by Martin Amis. 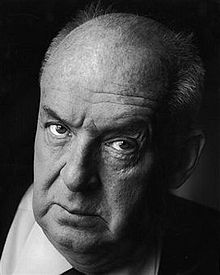 Vladimir Vladimirovich Nabokov (1899– 2 July 1977) was a Russian-American novelist.  Nabokov’s first nine novels were in Russian. He then rose to international prominence as a writer of English prose. He also made serious contributions as a lepidopterist and chess composer.

Nabokov’s Lolita (1955) is his most famous novel, and often considered his finest work in English. It exhibits the love of intricate word play and synesthetic detail that characterized all his works. The novel was ranked fourth in the list of the Modern Library 100 Best Novels; Pale Fire (1962) was ranked at 53rd on the same list, and his memoir, Speak, Memory, was listed eighth on the Modern Library nonfiction list.  He was a finalist for the National Book Award for Fiction seven times, but never won it.