Mocha Girl Read September Book of the Month is A Tree Grows in Brooklyn by Betty Smith.  Take a minute to see what this book and the author are all about.

“One of the books of the Century.” (New York Public Library) 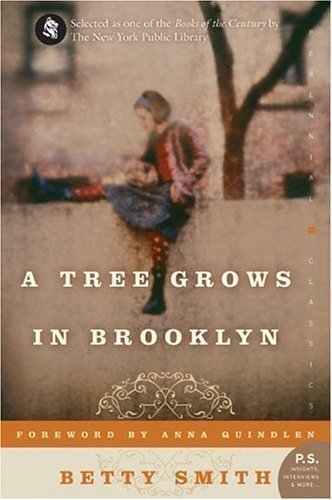 “A profoundly moving novel, and an honest and true one. It cuts right to the heart of life…If you miss A Tree Grows in Brooklyn you will deny yourself a rich experience…It is a poignant and deeply understanding story of childhood and family relationships. The Nolans lived in the Williamsburg slums of Brooklyn from 1902 until 1919…Their daughter Francie and their son Neely knew more than their fair share of the privations and sufferings that are the lot of a great city’s poor. Primarily this is Francie’s book. She is a superb feat of characterization, an imaginative, alert, resourceful child. And Francie’s growing up and beginnings of wisdom are the substance of A Tree Grows in Brooklyn.” —New York Times 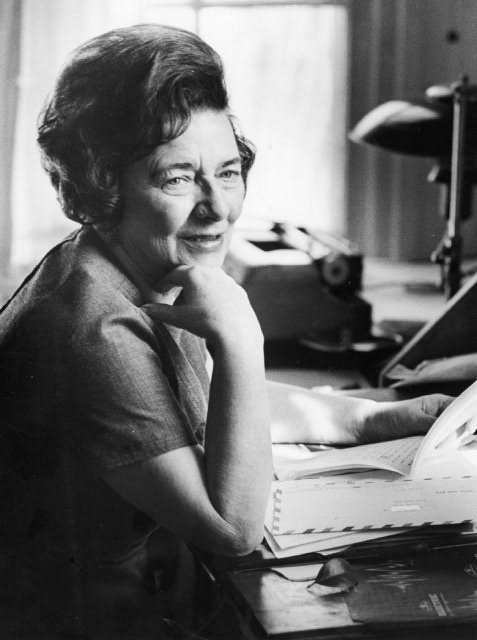 Born on December 15, 1896 in Brooklyn, New York to German immigrants, she grew up poor in Williamsburg, Brooklyn and attended Girl’s High School.  These experiences served as the framework to her first novel, A Tree Grows in Brooklyn (1943).

After marrying George H. E. Smith, a fellow Brooklynite, she moved with him to Ann Arbor, Michigan, where he pursued a law degree at the University of Michigan. At this time, she gave birth to two girls and waited until they were in school so she could complete her higher education. Although Smith had not finished high school, the university allowed her to enroll in classes. There she honed her skills in journalism, literature, writing, and drama, winning a prestigious Avery Hopwood Award. She was a student in the classes of Professor Kenneth Thorpe Rowe.

In 1938 she divorced her husband and moved to Chapel Hill, North Carolina. There she married Joseph Jones in 1943, the same year in which A Tree Grows in Brooklyn was published. She teamed with George Abbott to write the book for the 1951 musical adaptation of the same name. Throughout her life, Smith worked as a dramatist, receiving many awards and fellowships including the Rockefeller Fellowship and the Dramatists Guild Fellowship for her work in drama. Her other novels include Tomorrow Will Be Better (1947), Maggie-Now (1958) and Joy in the Morning (1963).