‘Once upon a time blacks didn’t say pretty. When he said that, it infused in Africans a sense of somebodiness, says Pastor Rev Cosby of Louisville Kentucky. At one time, black people had a problem with loving themselves. He dared to affirm the beauty of blackness and love Americas most unloved race.’

Here is a look at what our ‘pretty’ embodied…

The People’s Champ. Three whole-hearted words used to describe a legacy remembered. Muhammad Ali believed in the power of words and stood for action; he’s known for his political efforts, jokes and boxing record but his style, oh his style was even more pretty. Muhammad Ali adorned terry cloth robes barring his name, white Everlast boxing shorts and wore black while traveling. Being well-dressed is part clothes and part character; clothes take on the life of those who wear them.

When he traveled to Central Africa to reclaim his title from George Foreman, none of the sportswriters thought he could win. In fact, most of them feared for his life. But in what the Africans call the “miracle at 4 a.m.,” he became a champion once more, says Lonnie Ali. The People’s Champ reminded you everytime he jumped in and out of the ring who he intended to be. And if you were skeptical, all he had to do was turn around; he wore his legacy on his back. 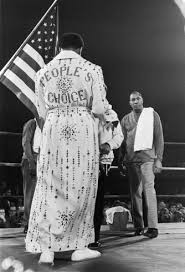 A man with a visually simple taste, his outerwear was flashy. Ali has proven that simplicity in ever area of his life other than boxing deserves a little attention. Fur coat, leather military jackets and plaid dress coats all adorned by the simplistic of hoodies or black outfits were ideally a part of pulling back the layers of a man who had nothing to prove. Ali danced between ropes of boxing rings wearing the one color that stands for wholeness and completion; the color white is the color of perfection. He bore this color is practice, carefully chose this color in sportsmanship but most importantly lived up to its definition in life. 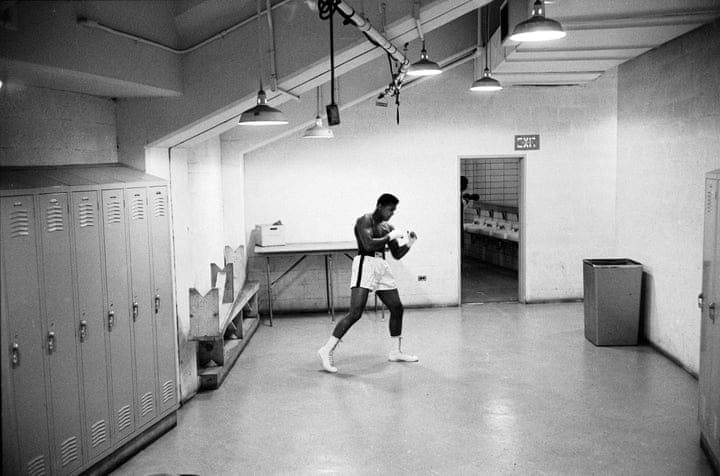 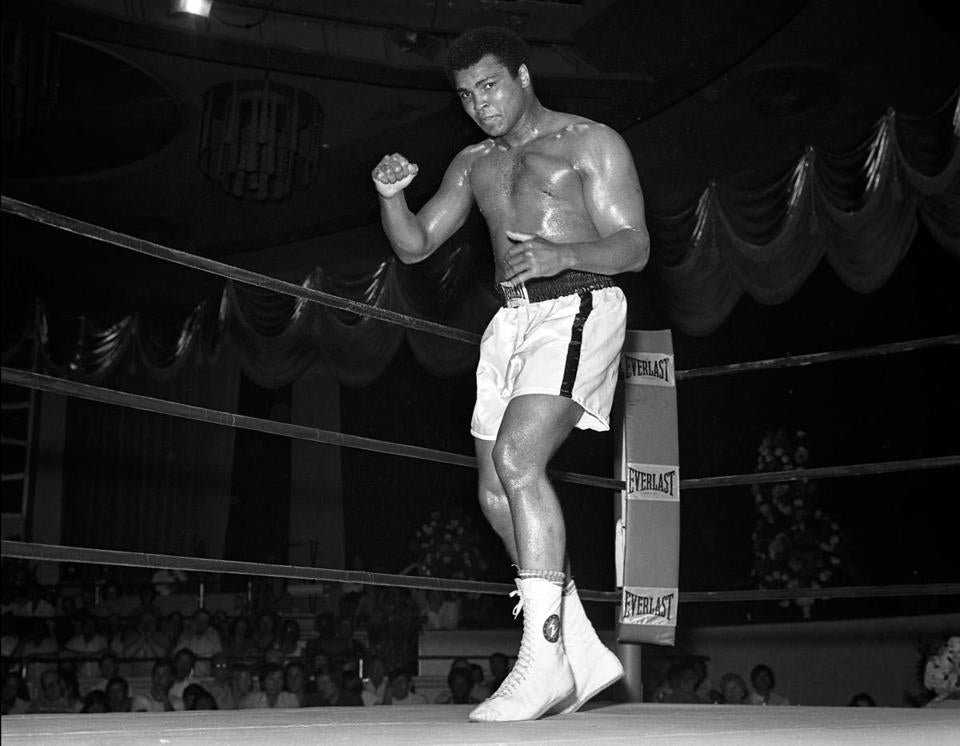 While he is the property of all people, he is the product of black people in their struggle to be free. – Dr. Rev Cosby.

What’s your favorite Ali of style?
The following two tabs change content below.