I’m baaackk!!!  I snuck out of the house during the last hour to get my eyelashes re-done.  I tried to read while sitting in the chair but it’s really hard to read when someone his putting glue on your eye lids.  LOL!  Now that I’m back with my new flutters on and my tuna and crackers in hand (My favorite lunch!), here is my update:
Challenges Completed: 8 out 9 (opting out of #9 since I won it last time and my answer is the same)
Pages Read: 18 pages of Love in the time of Cholera
10 Pages of An Old Song for Wrong Women (Complete)
67 pages of Teenie
Snacks: 1 banana, 1/2 bag of trail mix, Jasmine Green Tea with honey and 1/4 of my Gallon of water, Greek yogurt with trail mix.  Tuna and crackers.
Got my eyelashes done too!  And yes I am a slow reader.
How are you doing with your reading?  And your snack list?  Any good ones?
Hour 9: The Weird Sisters Challenge
hosted by:  Just One More Thing
The Challenge is to tell us how you share your love of books with family or friends who live at a distance. You can submit a picture, humorous anecdote, or just a description of how you keep that reading connection going. 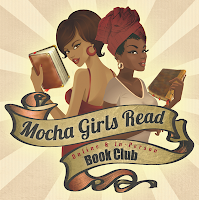 I created my own book club Mocha Girls Read because as a black woman in Los Angeles it is hard to find and mingle (about books) with other like minded black women.  Really hard!  But not anymore.  Mocha Girls Read is 7 months old with over 200 members in 3 states now!  *happy dancing*  I have met some amazon women that love books just as much as I do.  And they are soo cool!  I love you Mocha Girls!!!
Hour 10:  Reading Habits
hosted by: Noumena12 Book Blog

I’ve seen the results of a few surveys on reading tendencies recently that I found interesting and, in some cases, surprising. So, this is a really simple mini challenge — complete the survey (approximately 36 questions) at the link below. At the end of the challenge, I will select one participant to win a $25 book gift certificate (Amazon, BN or other if winner can specify). This survey will be open from Hour 10 through Hour 14 of the April 2012 Readathon.

Link to Noumena12 Reading Survey
That was easy… now back to the book!
Hour 11:  Favorite Trouble Maker
hosted by:  The Fake Steph dot com
For this mini-challenge, I want you to tell me about your favorite unlikely hero, troublemaker, or anti-hero.  Recommend some books with some shady characters and tell me why you love them! 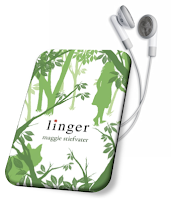 The only person I can pull from a recent read is Cole from Linger (part two of The Wolves of Mercy Falls Trilogy).  Cole is a gone out of control, drug abusing, lead singer of a popular rock band.  He kinda reminds me of Kurt Cobain and Russel Brand.  But younger.  Cole is a mess up from the ground up and so is everything he touches.  He wants to become a Wolf to escape his life and basically hit the reset button.  But in the end (don’t worry no spoiler) he comes through and helps out in a big way!  I would not say that I am in love with Cole’s character but he has his moments.

Hour 12:  Name That Book
hosted by:  Fictionally Inclined
Here’s the deal. I’ve compiled a list of 25 quotes. Look at this list. Wrack your brain. Leave a comment with as many guesses as possible! No Googling, looking at other comments for the answers, or any of that nonsense. That’s just lame. This challenge will stay open for four hours. After closing, one comment will be chosen randomly, with no consideration of the accuracy of the answers, and the winner will be contacted via e-mail. If there is no response within 48 hours, another winner will be chosen randomly, contacted, and so on.

1) The first week of August hangs at the very top of summer, the top of the live-long year, like the highest seat of a Ferris wheel when it pauses in its turning.
2) Happy families are all alike; every unhappy family is unhappy in its own way.
3) Paulette Lestafier wasn’t as crazy as they said. Sure, she knew what day it was, since that was all she had left to do now.
4) It is a truth universally acknowledged, that a single man in possession of a good fortune must be in want of a wife.
5) The play — for which Briony had designed the posters, programs and tickets, constructed the sales booth out of a folding screen tipped on its side, and lined the collection box in red crepe paper — was written by her in a two-day tempest of composition, causing her to miss a breakfast and a lunch.
6) I was born twice: first, as a baby girl, on a remarkably smogless Detroit day in January of 1960; and then again, as a teenage boy, in an emergency room near Petoskey, Michigan, in August of 1974.
7) It is a sin to write this. It is a sin to think words no others think and to put them down upon a paper none others are to see.
8) All children, except one, grow up.
9) Jason was going to Brain Camp. It had another name, a real name, but that’s what everyone called it.
10) We slept in what had once been the gymnasium.
11) 1801 — I have just returned from a visit to my landlord — the solitary neighbour that I shall be troubled with.
12) Mr. and Mrs. Dursley, of number four, Privet Drive, were proud to say that they were perfectly normal, thank you very much.
13) I write this sitting in the kitchen sink.
14) In every life there is a turning point. A moment so tremendous, so sharp and clear that one feels as if one’s been hit in the chest, all the breath knocked out, and one knows, absolute knows without the merest hint of a shadow of a doubt that one’s life will never be the same.
15) Lolita, light of my life, fire of my loins. My sin, my soul. Lo-lee-ta: the tip of the tongue taking a trip of three steps down the palate to tap, at three, on the teeth. Lo. Lee. Ta. She was Lo, plain Lo, in the morning, standing four feet ten in one sock. She was Lola in slacks. She was Dolly at school. She was Dolores on the dotted line. But in my arms she was always Lolita.
16) First the colors.
Then the humans.
That’s usually how I see things.
Or at least, how I try.
17) There was a boy called Eustace Clarence Scrubb, and he almost deserved it.
18) I remember the day the Aleut ship came to our island. At first it seemed like a small shell afloat on the sea.
19) Serene was a word you could put to Brooklyn, New York. Especially in the summer of 1912.
20) Last night I dreamt I went to Manderley again.
21) There is one mirror in my house.
22) In the spring of 1972, Dominick Edward Guy de Ath Ballister, third Marquess of Dain, Earl of Blackmoor, Viscount Launcells, Baron Ballister and Launcells, lost his wife and four children to typhus.
23) This is my favorite book in all the world, though I have never read it.
24) Sophie Dempsey didn’t like Temptation even before the Garveys smashed into her ’86 Civic, broke her sister’s sunglasses, and confirmed all her worse suspicions about people from small towns who drove beige Cadillacs.
25) Which one of Johnny Burwell’s eyebrows do you think is cuter?

Hehehee…I am going to pass on this one because I only know one.  Harry Potter for number 12.  Lord I need to read more!  lol!