Mocha Girl Read Book of the Month for October is Fledgling by Octavia E. Butler. Take a minute to see what this book and the author are all about. 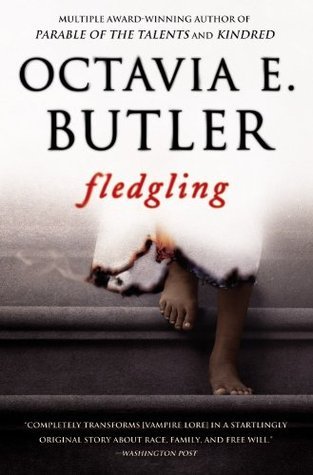 Fledgling, Octavia Butler’s new novel after a seven year break, is the story of an apparently young, amnesiac girl whose alarmingly inhuman needs and abilities lead her to a startling conclusion: She is in fact a genetically modified, 53-year-old vampire. Forced to discover what she can about her stolen former life, she must at the same time learn who wanted–and still wants–to destroy her and those she cares for and how she can save herself. Fledgling is a captivating novel that tests the limits of “otherness” and questions what it means to be truly human. 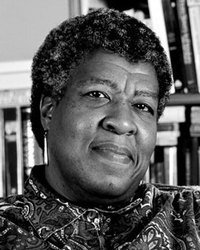 Octavia Estelle Butler, often referred to as the “grand dame of science fiction,” was born in Pasadena, California on June 22, 1947. She received an Associate of Arts degree in 1968 from Pasadena Community College, and also attended California State University in Los Angeles and the University of California, Los Angeles. During 1969 and 1970, she studied at the Screenwriter’s Guild Open Door Program and the Clarion Science Fiction Writers’ Workshop, where she took a class with science fiction master Harlan Ellison (who later became her mentor), and which led to Butler selling her first science fiction stories.

Butler’s first story, “Crossover,” was published in the 1971 Clarion anthology. Patternmaster, her first novel and the first title of her five-volume Patternist series, was published in 1976, followed by Mind of My Mind in 1977. Others in the series include Survivor (1978), Wild Seed (1980), which won the James Tiptree Award, and Clay’s Ark (1984).

With the publication of Kindred in 1979, Butler was able to support herself writing full time. She won the Hugo Award in 1984 for her short story, “Speech Sounds,” and in 1985, Butler’s novelette “Bloodchild” won a Hugo Award, a Nebula Award, the Locus Award, and an award for best novelette from Science Fiction Chronicle.