“A wonderfully imaginative grown-up fantasy with all the magic of Harry Potter and Twilight.” –People

After seven days of nominations and seven days of votes cast…Mocha Girls Read October’s book selection winner is Discovery of Witches by Deborah Harkness .  Take a minute to see what this book and the author are all about. 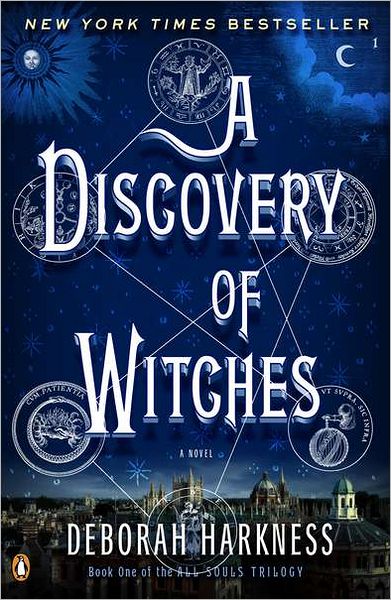 In a sparkling debut, A Discovery of Witches became the “it” book of early 2011, bringing Deborah Harkness into the spotlight and galvanizing fans around the world. In this tale of passion and obsession, Diana Bishop, a young scholar and the descendant of witches, discovers a long-lost and enchanted alchemical manuscript deep in Oxford’s Bodleian Library. Its reappearance summons a fantastical underworld, which she navigates with her leading man, vampire geneticist Matthew Clairmont. Harkness has created a universe to rival those of Anne Rice, Diana Gabaldon, and Elizabeth Kostova, and she adds a scholar’s depth to this riveting story of magic and suspense. And the story continues in Book Two, Shadow of Night.

I grew up in the suburbs of Philadelphia and have lived in western Massachusetts, the Chicago area, Northern California, upstate New York, and Southern California. In other words, I’ve lived in three out of five time zones in the US! I’ve also lived in the United Kingdom in the cities of Oxford and London.

For the past twenty-eight years I’ve been a student and scholar of history, and received degrees from Mount Holyoke College, Northwestern University, and the University of California at Davis. During that time I researched the history of magic and science in Europe, especially during the period from 1500 to 1700. The libraries I’ve worked in include Oxford’s Bodleian Library, the All Souls College Library at Oxford, the British Library, London’s Guildhall Library, the Henry E. Huntington Library, the Folger Shakespeare Library, and the Newberry Library—proving that I know my way around a card catalogue or the computerized equivalent. These experiences have given me a deep and abiding love of libraries and a deep respect for librarians. Currently, I teach European history and the history of science at the University of Southern California in Los Angeles.

My previous books include two works of non-fiction: John Dee’s Conversations with Angels: Cabala, Alchemy, and the End of Nature (Cambridge University Press, 1999) and The Jewel House: Elizabethan London and the Scientific Revolution (Yale University Press, 2007). It has been my privilege to receive fellowships from the American Council of Learned Societies, the Guggenheim Foundation, the National Science Foundation, and the National Humanities Center. And I was honored to receive accolades for my historical work from the History of Science Society, the North American Conference on British Studies, and the Longman’s/History Today Prize Committee.

In 2006, I took up my keyboard and entered the world of blogging and Twitter. My wine blog, Good Wine Under $20, is an online record of my search for the best, most affordable wines. These efforts have been applauded by the American Wine Blog Awards, Saveur.com, Wine & Spirits magazine, and Food & Wine magazine. My wine writing has also appeared on the website Serious Eats and in Wine & Spirits magazine.

My career in fiction began in September 2008 when I began to wonder “if there really are vampires, what do they do for a living?” A Discovery of Witches is the unexpected answer to that question. The book debuted at #2 on the New York Times bestseller list, and was also a bestseller in the UK, France, and Germany. Thirty-eight foreign editions and translations will be published. The story of Diana and Matthew will continue in the second and third books of the All Souls Trilogy.

Congratulations to Deborah E. Harkness for becoming Mocha Girls Read book for the month for October 2012.