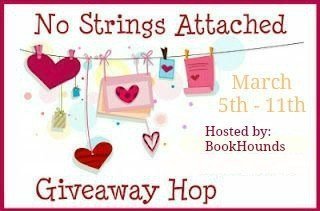 There are NO strings attached in this giveaway.  NO nothing.  Nada.  All you have to do to win the prize is hit the button.  No Tweeting.  No Facebook visits.  Easy!  I know you want to know about the prize so here it is.

One winner will get an ARC (advance reader copy) of The Two Levels by Johnathon R. Miller

Second winner will get a $5.00 Amazon GC code

Synopsis: The Two Levels [January 2016], the stunning fifth novel from critically-acclaimed novelist Jonathan R. Miller, tells the story of Jasmine: a seven-year-old mixed race girl who finds herself trapped in an unfamiliar place, searching for allies in a conflict she doesn’t fully understand, and forced to navigate the two levels alone until help arrives.  Touching on timely social issues such as police overreach, the Ebola crisis, the complexities of identity and race relations, and the consequences of privilege, The Two Levels is a taut thriller with a moving human component.

Jonathan R. Miller is a biracial American author of literary fiction thrillers that explore issues of identity and belonging, often borrowing elements from the dystopian sci-fi and neo-noir crime genres. Miller, who lives in the San Francisco Bay Area, was born in Illinois, and lived in Los Alamos, New Mexico for most of his childhood. He became a California transplant after completing his undergraduate degree at Stanford University. He was an 8th-grade teacher for seven years in the Oakland public school system, and has worked in Silicon Valley ever since. He has written five novels to date: Three-Cent, Delivery, The Mortis, Frend, and The Two Levels.