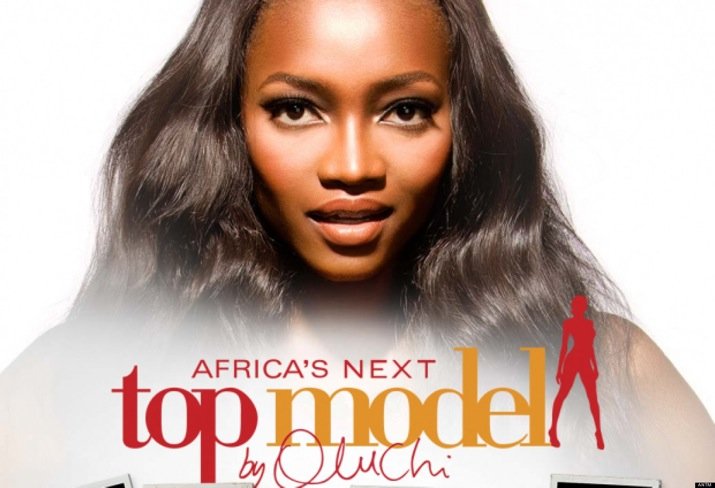 Oluchi Onweagba is a Nigerian supermodel and  the host of Africa’s Next Top Model; her first name comes from the Igbo language and means “God’s Work.”

Onweagba grew up in the suburbs of Lagos, Nigeria where she was urged by a family friend to enter into the M-Net “Face of Africa” preliminary screening at the M-Net office in Victoria Island, Lagos. The agency groomed her to be one of Nigeria’s entrants for the 1998 competition (now called the Nokia Face of Africa). She won the competition. She was just seventeen years old. Elite Model Management awarded Onweagba a three-year modeling contract. Beyond modeling, she tries to serve as a role model for other aspiring talents in Nigeria, especially young girls. She volunteers her time and her image for suchNGOs as LEAP Africa (an entrepreneurship incubator) and NIPRO.

After her three-year contract with Elite expired, she signed with DNA Model Management. A highlight of her career was featured in the Sports Illustrated Swimsuit Issue four times, from 2005 to 2008. In 2008, she launched a modeling agency in South Africa, OModel Africa, with offices in Johannesburg and recently in Cape Town. She is currently the host and head judge of Africa’s Next Top Model.

“I think I reflect a lot of African beauty. I am African. And I am beautiful.” – Oluchi

Oluchi as host of Africa’ Next Top Model:

1998
Wins the M-NET (an African television station) Face of Africa competition and a $150,000 contract with Elite Model Management

1998
Debuts on the runway for Marc Bouwer

1998
Returns to Johannesburg, South Africa, for the second season of M-NET’s Face of Africa

AUG 1998
Featured on the cover of Italian Vogue, photographed by Steven Meisel

1999
Lands a contract with Gap, appearing in print ads and billboards

2000
Appears on the fall cover of British Surface

2004
Appears in print ads for Lancôme

12 NOV, 2004
Plays the girlfriend of a thug in the film After the Sunset

21 FEB, 2006
Stars as the lead model in GM’s 2007 Cadillac Escalade fashion show, in which she models “Chrome Couture” outfits for the show

14 OCT, 2007
Travels to Nigeria for a benefit concert, with the Black Eyed Peas

2008
Sebastian Faena photographs Onweagba for the fall cover of POP