Sunday was the Dewey’s 24 Hour Read A Thon and 442+ readers participated from all over the world.  Where people meet (online) from London, Canada, and Texas (lol!!  My families inside joke)  Dewey’s Read A Thon helps to build awareness of reading and some people even raised money for every page read for their causes.

I wanted to tell you all about a few Mocha Girls that participated in the Read A Thon.  Here are their wrap up post.

1.  Which hour was most daunting for you?  I think hours twenty-two through twenty-four were the most daunting because my eye were getting tired and I wanted to hit the bed.
2. Could you list a few high-interest books that you think could keep a Reader engaged for next year?  Dark Lover by J.R. Ward, The Hunger Games by Suzanne Collins, Harry Potter by J.K. Rowling, Secrets of a Summer Night by Lisa Kleypas, Knight in Shining Armour by Jude Deveraux, and Only Hers by Francis Ray.
3. Do you have any suggestions for how to improve the Read-a-thon next year?  This would require some thought of which I’m foggy right now.  I have no qualms with the read-a-thon so no, no suggestions.  I had a blast.
4. What do you think worked really well in this year’s Read-a-thon?  I think the mini-challenged staying up for multiple hours worked as I didn’t have to get to them right away if I wanted to concentrate on reading.

5. How many books did you read?  Three books and 25 pages of another book.
6. What were the names of the books you read?  The Woman in Black by Susan Hill, Knocked Out by My Nunga-Nungas by Louise Rennison, Harry Potter and the Chamber of Secrets by J.K. Rowling, and Dixie Riggs by Sarah Gilbert.
7.Which book did you enjoy most?  Harry Potter and Knocked Out by My Nunga-Nungas.
8.Which did you enjoy least?  The Woman in Black

9. If you were a Cheerleader, do you have any advice for next year’s Cheerleaders?  N/A
10. How likely are you to participate in the Read-a-thon again? What role would you be likely to take next time?  I would definitely be a reader and donate.  I could potentially be a mini-challenge host in the future. 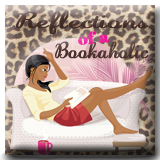 Mocha Girl Alexis of Reflections of a Bookaholic

Mocha Girl Lisa of Reads for Pleasure
It’s official. I survived another readathon. I signed up for it awhile back, but wasn’t sure if I’d be up to it.  By Friday evening, I decided to go ahead and do it.  I’m behind on my annual reading challenge so it would give me a chance to catch up a little.
Starting at 7:00 a.m. Saturday, I joined hundreds of other readers around the Web.  I moved quickly through Bernice McFadden’s The Warmest December, but it was a bit heavy for such an early morning read so I switched gears with my next selection, Imperfect Bliss by Susan Fales-Hill.
I enjoyed Fales-Hill first novel, Up One Flight, and though this book was okay, it wasn’t as entertaining as I would have liked it to be.  From there I moved to Venise Berry’s Colored Sugar Water.  Berry is one of those “Where Are They Now” authors I wrote about last year.  I have a few of her books on my shelves and enjoyed her in the past so I thought I’d give this book a re-read.  I think I enjoyed it much more the first time I read it.  This time it seemed too heavy on spirituality and Christianity.  Everything has a time and a place and this wasn’t the time for it, in my opinion.
By 5:00 p.m., I was starting to wonder if I’d make it through the rest of the readathon since my picks so far hadn’t impressed me.  I returned to Mary Kay Andrews, one of my favorite southern lit authors.  I’ve read the other two books in one of her series, but not Savannah Blues, so I picked up Kinderella and plowed through it.  As usual, I loved the book.
From here I switched to Tina Fey’s Bossypants, which has been sitting on my shelf for months. I’ve picked it up and read a few pages here and there since December.  I decided to go ahead and finish it just so I could move it from my “reading” to “read” list on Goodreads.  I won’t go into detail since reviews are coming later, but I was disappointed. I know others around the Internet have given it four and five stars, but there were some things that stuck out to me that just wouldn’t let me do it.
Around midnight I declared myself done and the readathon a success and I went to bed, only to awaken at 5:00 a.m. all bright-eyed and bushy-tailed.  What’s a girl to do? Of course I picked up a book.  My last read for the readathon was Catherine McKenzie’s Arranged.  I loved her book Spin and was anxious to give her latest a read.  Even though I didn’t finish it before my 7:00 a.m. official cut-off time, I continued with it throughout the day and thoroughly enjoyed it.
That’s it.  I made it through five and one-half books within 24 hours.  Now it’s on to writing reviews.
If you participated in the readathon, how did you do? Any favorites? Did you discover anything about your reading habits?
Congratulations to all the Mocha Girls who participated in the Read A Thon!  See you in October for the next one.
The following two tabs change content below.