Today’s anniversary giveaway is in conjunction with our new book tour partners Enchanted Book Tours.  They are letting us get in on this great book tour that is being toured on various blogs.  This is the last day of the tour so take a minute today to read about this book and enter the giveaway for one of the 3 Amazon Gift Cards below.  Yes!  You can win a gift card!  Happy 5th anniversary!!!

P.S. Authors if you are interested in blog tours or having your book featured on our site, go to Enchanted Book Tours and tell them Mocha Girls Read referred you.

Eugenia was born to privilege in the Ratna clan, nobility famed for their alchemical jewel production. Eugenia’s a talented alchemist herself—but the patriarchy insists her less able brother is the heir to the family secrets and property. As if that weren’t insult enough, an accidentally public tryst with another woman means Genie is shunned by polite society altogether.

Enter the gorgeous Lord Oliver Plumtree, scion of one of the oldest alchemical families in Chrysopoeia and master of the foreboding Waldgrave Abbey. But Lord Oliver is actually Olivia, and on the lookout for a wife—one who requires an escape from the same crushing social mores that have forced Olivia to masquerade as her own long-dead brother to keep her family’s estate intact.

Genie and Liv seem a perfect match from the get-go, and things heat up quickly between them. But before they can carry off their marriage of convenience, Waldgrave Abbey reveals more secrets. Jealous Plumtree relatives and Liv’s association with the Secret Society of Alchemiya, rumored to be a dark and sinister arm of the patriarchy, might just ruin Genie and Liv’s chance at their unlikely happily ever after. 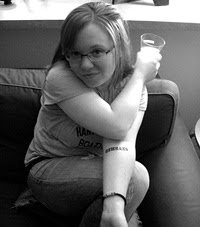 She turned slowly, amazed that anyone in this crowd, all of whom had heretofore ignored her presence completely, would deign to speak to her. She was even more amazed that the delicate, rather prettily handsome, fresh-faced young man who addressed her was not already of her acquaintance.

Speaking to a lady without an introduction? Eugenia wondered if she’d like him or hate him. She’d lay odds on the latter, but tonight had been…surprising.

“Yes?” she asked, careful to show no interest.

He made a casual, almost flippant bow. “Oliver Plumtree, your servant. Forgive me for introducing myself, my lady, but I admit I was hoping to find you here.”

“You amaze me,” she said, since she kept thinking it over and over. She took a sip to compose herself, concentrating on the play of the bubbles and the tartness of the wine on her tongue. When she felt sufficiently herself again, she added, “I was so looking forward to an evening of being invisible, too.”

“Ah, so you hoped to find me here so you could flatter me. How original.” Eugenia was almost sorry the moment it was out of her mouth; damn Delaney for putting her in a sour mood. She took another, longer drink.

Plumtree only laughed, though. “Partly, I think. I apologize for interrupting your evening of invisibility, though. And they say infamy has nothing to recommend it.”

She blinked to hear someone—someone so obviously genteel—openly comment on her reputation. It was…odd but refreshing. “Would you like to be invisible too, Mr. Plumtree?”