You know what time it is??  I know you know.

We are giving another book to say a big “Thank You” to all of our amazingly, wonderful, magic filled members and supporters for helping us get to this moment.  The moment where we get to say HAPPY 5th ANNIVERSARY!!

Now that we are all in party mode.  Here is the giveaway of another great book.

And don’t forget to check out the other giveaways going on right now. 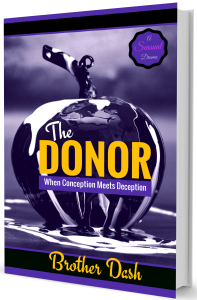 To keep his secret past from destroying his perfect lie, the man who “has it all” will be blackmailed into repaying a debt. But not with money…with his body. He is, The Donor: When Conception Meets Deception.

Chase Archibald is ranked #1 in Brooklyn Professional Magazine’s, Smartest & Sexiest Thirty Under 30. A six foot three inch, tender and delicious lover with a voice that melts butter, and a heart that heals hurt. His rip-rock, beefy body is as well-chiseled as his reputation. Chase is a fast rising, star professor at Brooklyn University. He mentors at-risk youth. He gets five star ratings from his college students. He’s intensely loyal to his gorgeous and talented, attorney girlfriend. He may even pop the question. To put it short? Women want to be WITH him, and Men wish they could BE him. Chase is the perfect guy. So what’s the problem? It’s all a lie. A lie that is built on a secret past. And the past comes knocking at his door with a demand that he repay a debt…but not with money…with his body. Chase must agree to become a sperm donor. But not the anonymous kind. He must actually sleep with several women who are willing to pay for his services. If he refuses? The truth of Chase’s past would be revealed. Everything and everyone he holds dear would be destroyed. He would lose the woman he loves, the career he has built, and the orphan boy that looks up to him as a father. Is it better to live in a beautiful lie than to die in an ugly truth? Chase is about to find out. 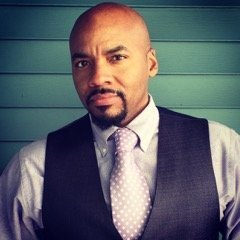 Brother Dash writes thrillers and dramas, with spice. He is an author who has been writing since the age of eight. He wrote is first poem, The Thee Musketeers, after the death of a childhood friend. The poem was selected by his teachers and published in the school paper marking his first “published work.” Dash continued to write poetry and essays. As a twenty year old college student he ventured into long form fiction when he wrote, co-produced, directed and starred in the play, Black Mirrors. A year later he went on to take the production, with a professional cast, into a limited run in New York City. Dash continued to write and then perform as a published poet. He has toured the globe as a spoken word artist, produced three albums and recently published his first novel, The Donor: When Conception Meets Deception. Dash writes character driven stories that are page turners which both entertain and enlighten. “I want readers to immerse themselves in a world of fiction that can help inspire their real life tomorrows to be better than their todays,” Dash says.

Brother Dash writes in the romance, thriller, suspense and women’s fiction genres. He uses his background as an actor and a poet to create a sensual world for the reader. As one reader remarked, “You’re like a painter. But you paint with words instead of a brush. Your descriptions are so vivid. I feel like I am inside your characters. I can see, taste, feel, hear and smell everything that they can because you do such a great job with language.” Another reader described Brother Dash’s prose in this way…”I hope this isn’t insulting, but you’re a very pretty writer. Your words. They’re so pretty. I love them.”

Brother Dash is a proud Brooklyn native who enjoys the peaceful New Jersey life. Dash released his debut novel, The Donor: When Conception Meets Deception in the Spring of 2016. He is currently writing book one of a thriller series.

~ To win a copy of this book you must fill out the rafflecopter form below and be a US resident. ~