All month long we have been giving away books, gift cards, and other cool stuff.  And we are still doing it!  Cause how many 5th anniversaries do you get in a lifetime? Click the Anniversary banner in the top right-hand side menu to see more of the great giveaways.

Today’s giveaway is sponsored by our partners in bookish stuff Enchanted Book Tours.  Take a few minutes to check out the book we are promoting today. 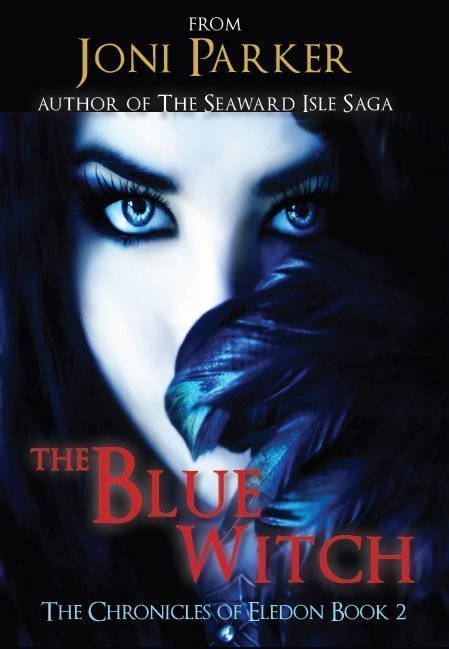 Under the rule of King Arthur, Alex finds the mortal world far from what she’d imagined, and the mortals are less than hospitable. Accused of being the “Blue Witch,” Alex is sentenced to die for treason and has been implicated in the mysterious death of one of Arthur’s noblemen by seemingly magical means. With help from unexpected sources, she escapes and returns to Eledon, where civil unrest and the threat of war looms. Alex resumes her responsibilities as Keeper of the Keys for the Council of Elders, but must execute a series of quests to prove her abilities to handle the magical Keys of Eledon. But are her efforts enough to save the Elves from Civil War? And can she commute her own death sentence by finding the Holy Grail?

Born in Chicago, Illinois, Joni’s a city-girl, raised in the heart of the city. So, when her first grade class took a field trip to the Museum of Science and Technology, she was fascinated by the chicken farm where there were live chickens and chicks hatching from eggs under a light. Like the other students in class, she wrote a report, but hers was selected to be in the school newspaper. Her first published article! Joni’s writing continued with short stories until the eighth grade in Phoenix, Arizona when she won second prize in a short story contest and an honorable mention for a poem. After that, she developed a writer’s block and couldn’t write another short story or poem for the next 45 years. Talk about a writer’s block! Now, it seems she can’t stop writing and has retired from work to write. “The Blue Witch” is her fifth published novel and the second book in “The Chronicles of Eledon” series.

Jeffrey unsaddled his horse and tethered it to a bush. He brought over the muslin sack with picnic food and set it down. “Here’s lunch, Alex. Come here.” He held out his arms.

Alex smiled and stepped into his warm embrace. “This is nice, Jeffrey. It’s the first time we’ve had a chance to talk since I’ve been here.”

“I know I’m sorry. I’ve been really busy.” He leaned his head down and kissed her.

He kissed her once more, holding her tightly in his arms. Her fingers ran through his soft blond hair and she hoped this moment would never end. She heard nothing but his breathing, and felt nothing but his lips and his warm hands on her back; goosebumps rose on her skin. She was oblivious to the sound of the men who surrounded them.

Jeffrey glanced up and was hit on the head with a club. His knees buckled—Alex screamed and bent down to reach for him, but someone grabbed her arm. She turned and punched the man in his face. His head snapped back, and he let go, but another man grabbed her from behind as a third pulled a sack over her head. As she kicked and swung her fists, the men lifted her off the ground and carried her away.

Subdued for the moment, Alex had time to think about her strange assailants and plan her next attack. Their faces had been painted blue, and they wore animal skins over their clothes. These were the fighting men of the Blue People. Beren had warned her about them, calling them barbarians. She’d never seen any of them before now. Where were they taking her?

After a while, the men placed Alex on the ground and removed the sack from her head. She blinked and looked around nervously as her eyes adjusted to the light. Her face, covered with sweat, cooled in a slight breeze. No one touched her, but there were a lot of Blue People or rather, Blue Men staring at her. She estimated a dozen or more—too many to handle alone.

One of them approached her, holding his hands out in front of him as if to calm her down. She scooted back—her blue eyes widened and her heart raced. Her retreat was blocked by a tree and he pinned her against the trunk. With a gentleness she didn’t expect, he pulled her long black hair from her face, drawing gasps from the other men.

What he had revealed were the tufts of blue hair in her ears—less than a half inch long, but as blue as her eyes, a sure sign that she was a Water Elf. She pulled her hair back to cover her ears; her face flushed as the man backed away. 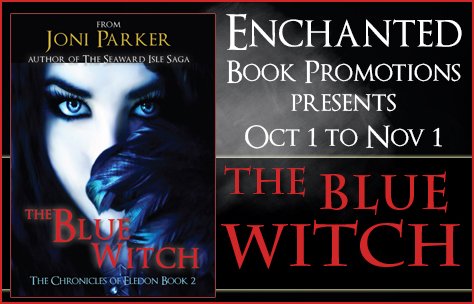 ~ To enter the giveaway fill out the Rafflecopter below. ~