And now we have a winner for our March 2016 book of the month. 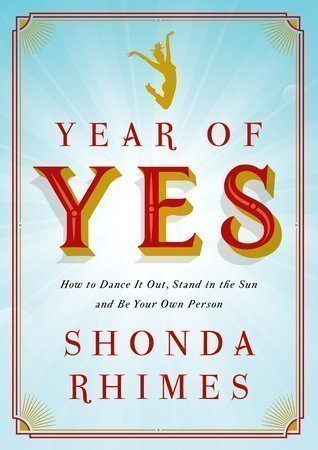 The mega-talented creator of Grey’s Anatomy and Scandal and executive producer of How to Get Away With Murder chronicles how saying YES for one year changed her life―and how it can change yours, too.
With three hit shows on television and three children at home, the uber-talented Shonda Rhimes had lots of good reasons to say NO when an unexpected invitation arrived. Hollywood party? No. Speaking engagement? No. Media appearances? No.
And there was the side-benefit of saying No for an introvert like Shonda: nothing new to fear.
Then Shonda’s sister laid down a challenge: just for one year, try to say YES to the unexpected invitations that come your way. Shonda reluctantly agreed―and the result was nothing short of transformative. In Year of Yes, Shonda Rhimes chronicles the powerful impact saying yes had on every aspect of her life―and how we can all change our lives with one little word. Yes. 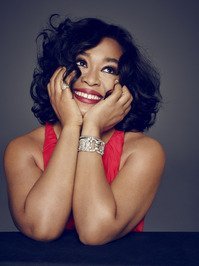 In May 2007, Rhimes was named one of Time magazine’s 100 People Who Help Shape The World. Rhimes was an executive producer for the medical drama series Off the Map which aired on ABC for one season in 2011. Rhimes is executive producer of ABC’s legal series How to Get Away with Murder, which debuted September 25, 2014.

Congratulations to Mocha Girl Shonda Rhimes for being March’s book of the month. Feel free to leave comments below or at Goodreads.com. We are looking forward to hearing what you all think of this month’s selection.