7 days of voting!  And every book had a minimum of 7 votes.

And now we have a winner for our June book of the Month.

The Mocha Girl Read Book of the Month for June is Ready Player One by Ernest Cline.  This book qualifizes as a series starter since rumor has it Ernest is working on book #2 now.

Take a minute to see what this book is all about. 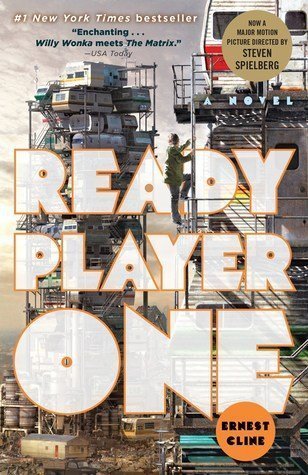 In the year 2045, reality is an ugly place. The only time teenage Wade Watts really feels alive is when he’s jacked into the virtual utopia known as the OASIS. Wade’s devoted his life to studying the puzzles hidden within this world’s digital confines, puzzles that are based on their creator’s obsession with the pop culture of decades past and that promise massive power and fortune to whoever can unlock them. When Wade stumbles upon the first clue, he finds himself beset by players willing to kill to take this ultimate prize. The race is on, and if Wade’s going to survive, he’ll have to win—and confront the real world he’s always been so desperate to escape.

ERNEST CLINE is a novelist, screenwriter, father, and full-time geek. His first novel, Ready Player One, was a New York Times and USA Today bestseller, appeared on numerous “best of the year” lists, and is set to be adapted into a motion picture by Warner Bros. and director Steven Spielberg. His second novel, ARMADA, debuted at #4 on the NYT Bestseller list and is being made into a film by Universal Pictures. Ernie lives in Austin, Texas, with his family, a time-traveling DeLorean, and a large collection of classic video games.

Congratulations Ernest Cline for being the June’s book of the month for 2018!