And now we have a winner for a book for the theme, LATIN MALE AUTHORS.

The Mocha Girl Read Book of the Month for July is The Queen of the South by Arturo Pérez-Reverte. Take a minute to see what this book is all about. 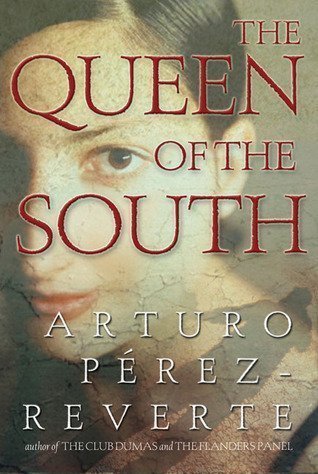 The critically acclaimed, beloved, and bestselling author of The Club Dumas and The Nautical Chart delivers his most magniÞcent novel to date.
Few authors inspire the kind of passion that Arturo Pérez-Reverte does. Reviewers, readers, and booksellers alike have embraced his fiction as the perfect blend of suspense and literary ambition. A global bestseller, he is one of the most admired and widely read authors in the world. And his stunning new novel is his best yet.
A remarkable tale, The Queen of the South spans continents, from the dusty streets of Mexico to the sparkling waters off the coast of Morocco, to Spain and the Strait of Gibraltar. A sweeping story set to the irresistible beat of the drug smugglers’ ballads, it encompasses sensuality and cruelty, love and betrayal, as its heroine’s story unfolds.
Teresa Mendoza’s boyfriend is a drug smuggler who the narcos of Sinaloa, Mexico, call “the king of the short runway,” because he can get a plane full of coke off the ground in three hundred yards. But in a ruthless business, life can be short, and Teresa even has a special cell phone that Guero gave her along with a dark warning. If that phone rings, it means he’s dead, and she’d better run, because they’re coming for her next.
Then the call comes.
In order to survive, she will have to say goodbye to the old Teresa, an innocent girl who once entrusted her life to a pinche narco smuggler. She will have to find inside herself a woman who is tough enough to inhabit a world as ugly and dangerous as that of the narcos-a woman she never before knew existed. Indeed, the woman who emerges will surprise even those who know her legend, that of the Queen of the South.

Spanish novelist and ex-journalist. He worked as a war reporter for twenty-one years (1973 – 1994). He started his journalistic career writing for the now-defunct newspaper Pueblo. Then, he jumped to news reporter for TVE, Spanish national channel. As a war journalist he traveled to several countries, covering many conflicts. He put this experience into his book ‘Territorio Comanche’, focusing on the years of Bosnian massacres. That was in 1994, but his debut as a fiction writer started in 1983, with ‘El húsar’, a historical novella inspired in the Napoleonic era.
Although his debut was not quite successful, in 1988, with ‘The fencer master’, he put his name as a serious writer of historic novels. That was confirmed in 1996, when was published the first book of his Captain Alatriste saga, which has been his trademark. After this book, he could leave definitely journalism for focusing on his career as a fiction writer. This saga, that happens in the years of the Spanish golden age, has seen, for now, seven volumes, where Pérez-Reverte shows, from his particular point of view, historical events from Spanish history in the 16th century.
Apart from these, he also penned another successful works like Dumas Club and Flandes Panel, titles that, among others, made Pérez-Reverte one of the most famous and bestseller authors of Spanish fiction of our era.

Congratulations Arturo Pérez-Reverte for being the winner of July’s book of the month for 2017!