Mocha Girl Read July Book of the Month is The Man in 3B by Carl Weber.  Take a minute to see what this book and the author are all about.

“Wow. Wow. Wow…Just when you think Carl Weber couldn’t possibly have any more drama or mystery left in his imagination to capture the reader, he does it again.” -Allthatsnoir.blogspot.com 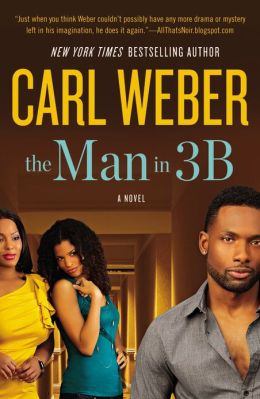 Meet Darryl Graham, or as his new neighbors call him, The Man in 3B. Darryl’s new to the Jamaica, Queens building, but from day one he’s made quite an impression on his neighbors. He has made it very clear he greatly values his privacy, but he is the man every woman wants and every man wants to be, so inquiring minds want to know. Unfortunately, in Darryl’s world, what you know can hurt you, and when he winds up dead, those inquiring minds become the prime suspects.
Meet Darryl Graham, or as his neighbors call him . . .
THE MAN IN 3B
Darryl has just moved into a Jamaica, Queens, apartment building and his neighbors, both male and female alike, can’t stop talking about him. From his down-to-earth personality to his extreme attractiveness to his undeniable swag, Darryl is the man every woman wants and every man wants to be. Darryl is quickly welcomed into the building and immediately becomes a part of each of the tenants’ lives.
Connie, an overweight and unhappy wife, turns to Darryl for help losing weight, hoping to try and fix her crumbling marriage. But when Darryl starts making Connie feel beautiful again, she questions whether or not her marriage is worth saving. Benny, a spoiled teenager, looks up to Darryl as a role model. When an unexpected event occurs, Benny is left questioning everything he’s ever known. Krystal, Darryl’s first love, wants to make things work with her current boyfriend. Yet, having Darryl back in her life sends her happy home spiraling out of control. And, last but not least, Avery, Connie’s husband, doesn’t care about anyone or anything when a financial opportunity comes his way-that is, until he notices how much time his wife is spending with their new neighbor.
Everything seems to be going well, until someone is murdered, and everyone becomes a prime suspect. 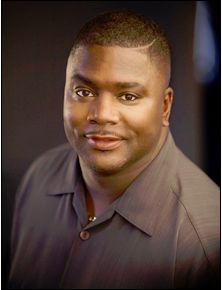 Carl Weber is a New York Times and #1 Essence® bestselling novelist.  In addition to his writing, Weber is the founder and publisher of Urban Books and in 2005, he was named Blackboard’s Publisher of the Year. He is the owner of the Urban Knowledge chain of book stores and a past recipient of Blackboard’s Bookseller of the Year award.

Weber graduated from Virginia State University and holds an MBA in marketing from the University of Virginia. He lives in Long Island, New York with his family.