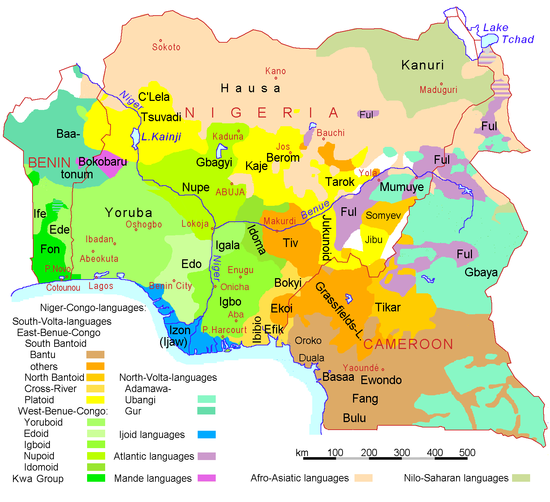 In Americanah, written by Chimamanda Ngozi Adichie, the characters are from Lagos where they speak a native language and dialect. Have you ever been to a different part of the world and not completely understand what someone is referring to? In this book lye quite a few phrases synonymous with Nigerians such as, “Tina-Tina, how now?” “Why are you looking like a mumu?” “How will you cope/how are you coping?” All familiar Nigerian modes of speech. Reading a book with not only a little cultural background but history makes it all the more fun to read.

There are 521 languages that have been spoken in Nigeria (nine of which are now extinct). The official language of Nigeria, English, the former colonial language, was chosen to facilitate the cultural and linguistic unity of the country. Communication in English language is much more popular in the country’s urban communities than it is in the rural areas (comprising about three quarters of the country’s population).The other major languages are Hausa, Igbo, Yoruba,Ibibio, Edo, Fulfulde, andKanuri.

In this book, they speak Yoruba. Yoruba /ˈjɒrʊbə/[3] (natively èdè Yorùbá) is a Nigerian language spoke in West Africa mainly in Nigeria. The number of speakers of Yoruba was estimated at around 20 million in the 1990s. The native tongue of the Yoruba people is spoken principally in Nigeria.

How are you on learning a new language?