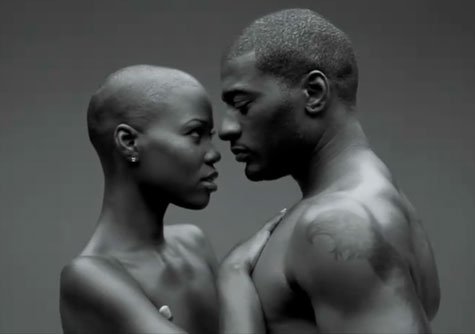 Black women received a jolt of empowerment when the 70’s emerged. The depictions of them were sexy, strong, independent with a ‘take no mess’ attitude.  In the films below, the women are represented as being in control of her own life, her own issues and especially her own sexuality. The heroines in these movies enjoyed a notion of freedom from control. They did as they wanted, reacted however they felt and had sexual relations with whom they chose, not the choosing of someone else. Black women wanted to identify with being strong and independent.

She’s gotta Have It

Nola idealizes having what men in society have—multiple sex partners—which symbolizes her as an individual struggling against the group. “A woman (or, at least Nola) can be a sexual being, doesn’t have to belong to a man, and perhaps shouldn’t even wish for such a thing.”Above all, Nola’s voice is the most revolutionary element in the film, a representation of the struggle American women of color faced in society at the time.

Hank gives Leticia a ride home from the diner. They begin talking in the car about their common losses, and she invites him in. Hank finds out that Leticia is Lawrence’s widow, though he does not tell her that he participated in her husband’s execution. They drown their grief with alcohol and, in a particularly raw and graphic display, have sex as Leticia repeatedly mumbles “Make me feel nasty!” She meets Buck, who insults her and implies that Hank is only involved with her because he wants to have sex with a black woman.

When her government-agent boyfriend is shot down by members of a drug syndicate, Foxy Brown (Pam Grier) seeks revenge. She links her boyfriend’s murderers to a “modeling agency” run by Steve Elias (Peter Brown) and Miss Katherine (Kathryn Loder). Foxy decides to pose as a prostitute to infiltrate the company, and helps save a fellow black woman from a life of drugs and sexual exploitation. This leads Foxy to a variety of revenge-themed setpieces — often violent and sexual — that range from cremating sex slave dealers to castrating a foe and presenting his severed genitals to his girlfriend. Her character is described as “a whole lot of woman” who showcases unrelenting sexiness while battling the villains.

The film stars Eddie Murphy as Marcus Graham, a hotshot advertising executive who also happens to be an insatiable womanizer and malechauvinist. When he meets his new boss, Jacqueline Broyer (Robin Givens), Marcus discovers that she is essentially a female version of himself, and realizes he is receiving the same treatment that he delivers to others.

Can YOU name movies that depict strong and fearless women in control of their sexuality?