It took seven days of nominations and seven days of votes to cast…Mocha Girls Read February’s book selection winner Sugar by Bernice L. McFadden.  Take a minute to see what this book and the author are all about. 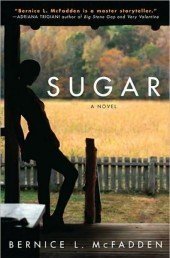 “Strong and folksy storytelling…think Zora Neale Hurston…Sugar speaks of what is real.” —The Dallas Morning News

From an exciting new voice in African-American contemporary fiction comes a novel Ebony praised for its “unforgettable images, unique characters, and moving story that keeps the pages turning until the end.” The Chicago Defender calls Sugar “a literary explosion…McFadden reveals amazing talent.” The novel opens when a young prostitute comes to Bigelow, Arkansas, to start over, far from her haunting past. Sugar moves next door to Pearl, who is still grieving for the daughter who was murdered fifteen years before. Over sweet-potato pie, an unlikely friendship begins, transforming both women’s lives–and the life of an entire town.

Sugar brings a Southern African-American town vividly to life, with its flowering magnolia trees, lingering scents of jasmine and honeysuckle, and white picket fences that keep strangers out–but ignorance and superstition in. To read this novel is to take a journey through loss and suffering to a place of forgiveness, understanding, and grace.  McFadden is the author of the novels Gathering of Waters, Glorious, and This Bitter Earth. 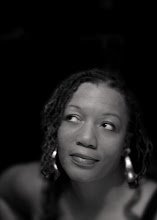 Bernice L. McFadden was born, raised and currently lives in Brooklyn, New York. She is the eldest of four children and the mother of one daughter, R’yane Azsa. Ms. McFadden attended grade school at P.S. 161 in Brooklyn and Middle School at Holy Spirit, also in Brooklyn. She attended high school at St. Cyril Academy; an all-girls boarding school in Danville, Pa.

In the Fall of 1983 she enrolled in the noted NYC fashion college: Laboratory Institute of Merchandising, with dreams of becoming an international clothing buyer.

She attended LIM for two semesters and then took a position at Bloomingdale’s and later with Itokin, a Japanese owned retail company.

Disillusioned and frustrated with her job, she signed up for a Travel & Tourism course at Marymount College where she received a certificate of completion. After the birth of her daughter in 1988, Bernice McFadden obtained a job with RockResorts a company then owned by the Rockefeller family.

The company was later sold and Ms. McFadden was laid off and unemployed for one year. She sites that year as the turning point in her life because during those twelve months Ms. McFadden began to dedicate herself to the art of writing. During the next nine years she held three jobs, always looking for something exciting and satisfying. Forever frustrated with corporate America and the requirements they put on their employees, Ms. McFadden enrolled at Fordham University. Her intention was to obtain a degree that would enable her to move up another rung on the corporate ladder.

She signed up for courses that concentrated on Afro-American history and literature, as well as creative writing, poetry and journalism. She credits the two years spent under the guidance of her professors as well as the years spent lost in the words of her favorite authors, to the caliber of writer she has become.

In 1997, Ms. McFadden quit her job and dedicated seven months to re-writing the novel that would become, “SUGAR.”

In February of 1999, after nearly ten years, four drafts and 73 rejection letters – SUGAR was finally acquired by Dutton Publishers.

Published in the winter of 2000, SUGAR is still in print and in 2010 celebrated its tenth anniversary.