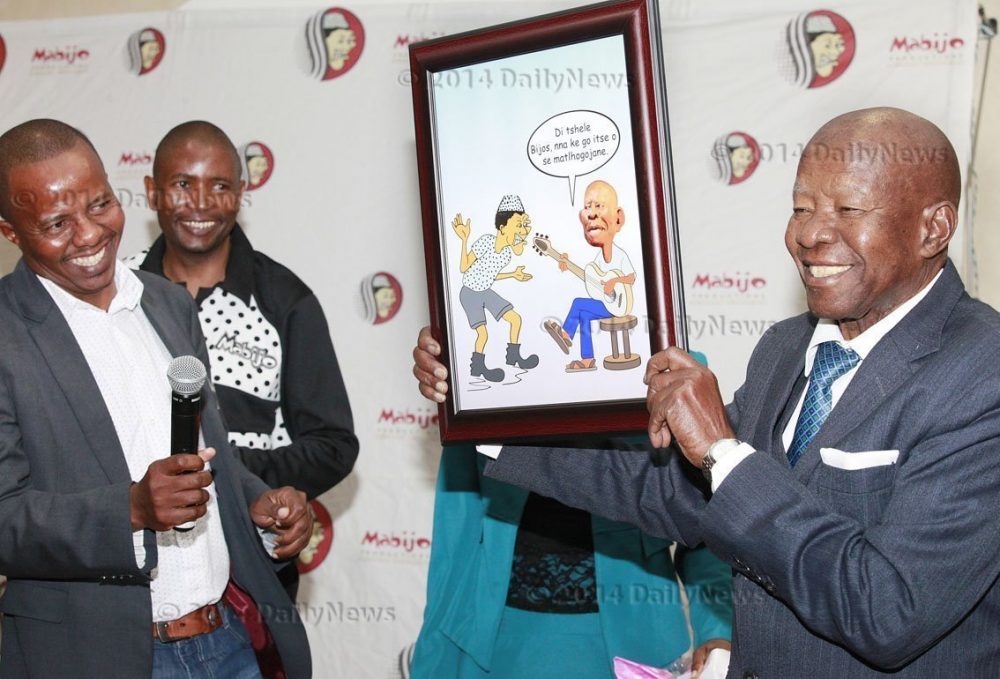 Alike the first African-American woman Jackie Ormes, to write and draw widely distributed comic strips: four different series, published between 1937 and 1956 in black newspapers, Botswana has loved and cultivated their very own cartoonist hero. Mabijo Productions (Pty) Ltd is the home to the illustrious Mabijo cartoon character. The first comic strip appeared in Botswana Daily News and Kutlwano magazine in 1989 by a Motswana cartoonist, Tebogo Motswetla.

Motswetla’s character “Mabijo”; applies aspects of his work seTswana language dialogue, the creative process, censorship, and freedom of expression. Mabijo stays true to the principle by poking fun in socio-economic and political issues in the local and global scene. In this regard giving meaning to edutainment (using entertainment to educate). Mabijo comic strips have been admired for his light-hearted views, witty opinions and comical commentary into everyday local and global issues.

Throughout the years, many Batswana have expressed the pleasure they derive from reading Mabijo’s cartoons. Because Mabijo is a local cartoon, it’s made Motswetla a source of pride among Batswana, particularly for his culturally relevant sense of humor. The cartoon helped people relax and become more receptive to information which might be controversial or which would normally be considered a taboo or not suitable for public discussion.

For more on Botswana cartoon culture, visit here and here.