In light of this months poetic novel,  Brown Girl Dreaming by Jacqueline Woodson we should all be inspired to take a trip into the past as a reflection and respect to what literature calls ‘free verse‘ poetry; it’s an open form of poetry. It does not use consistent patterns, rhyme, or any other musical pattern. It also tends to follow the rhythm of natural speech.

Freedom of speech is arguably one of the biggest human rights under article 19 of the Universal Declaration of Human Rights and recognized in international human rights law in the International Covenant on Civil and Political Rights (ICCPR) for African Americans. Obtaining this right has allowed writers and poets to share their narratives, teach us how to listen – even through silence – and able to take in snapshots into what helped them become all that’d dreamt, but out-loud.

Here is a look at works from poets best known for their free verse narratives:

When For My People by Margaret Walker won the Yale Series of Younger Poets Award in 1942, “she became one of the youngest Black writers ever to have published a volume of poetry in this century,” as well as “the first Black woman in American literary history to be so honored in a prestigious national competition,” noted Richard K. Barksdale in Black American Poets between Worlds, 1940-1960. 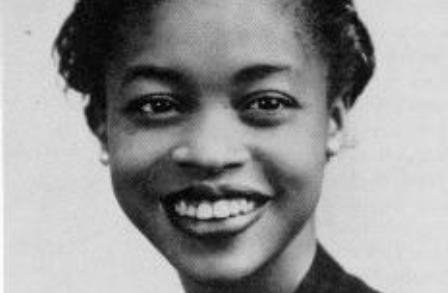 Gwendolyn Brooks was a highly regarded, much-honored poet, with the distinction of being the first black author to win the Pulitzer Prize. She also was poetry consultant to the Library of Congress—the first black woman to hold that position—and poet laureate of the State of Illinois. Many of Brooks’s works display a political consciousness, especially those from the 1960s and later, with several of her poems reflecting the civil rights activism of that period. In 1949, she became the first ever black writer to win the Pulitzer Prize with Annie Allen which tells the story of a black woman’s passage from childhood to adulthood, against a backdrop of poverty and discrimination. 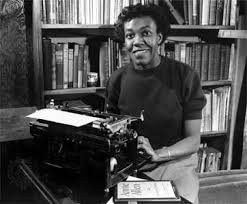 Langston Hughes was regarded as “the unchallenged spokesman of the American Negro.” That Hughes was unchallenged in the role of spokesman may itself have been open to challenge–In 1925, Hughes was bussing tables in a Washington, D.C., hotel, and he slipped a few poems to the famous poet Vachel Lindsay, who was visiting the hotel. The next day, newspapers announced Lindsay’s discovery of a new poet. “The Weary Blues” was one of these poems, and it became the title poem of Hughes’s first book the following year.