Mocha Girl Read December Book of the Month is Dashing Through the Snow by Mary and Carol Higgins Clark.  This will be our second book by Mary Higgins Clark.  Take a minute to see what this book and the author are all about. 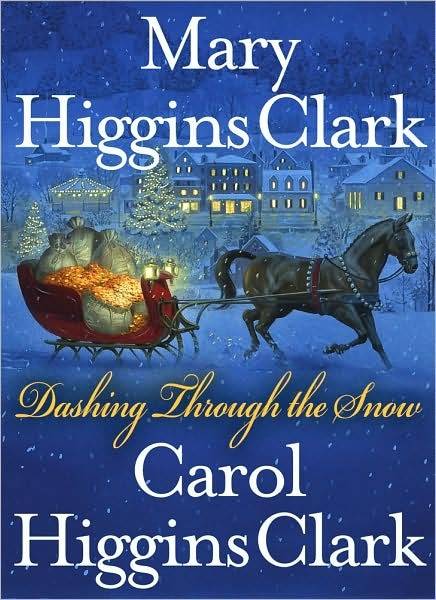 In the picturesque village of Branscombe, New Hampshire, the townsfolk are all pitching in to prepare for the first (and many hope annual) Festival of Joy. The night before the festival begins, a group of employees at the local market learn that they have won $160 million in the lottery. One of their co-workers, Duncan, decided at the last minute, on the advice of a pair of crooks masquerading as financial advisers, not to play. Then he goes missing. A second winning lottery ticket was purchased in the next town, but the winner hasn’t come forward. Could Duncan have secretly bought it?

The Clarks’ endearing heroes — Alvirah Meehan, the amateur sleuth, and private investigator Regan Reilly — have arrived in Branscombe for the festival. They are just the people to find out what is amiss. As they dig beneath the surface, they find that life in Branscombe is not as tranquil as it appears. So much for an old-fashioned weekend in the country. This fast-paced holiday caper will keep you dashing through the pages! 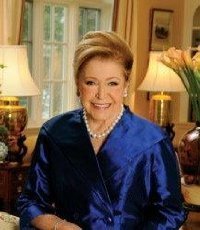 If I were to define myself in one sentence, I would say, “I’m a nice Irish Catholic girl from the Bronx.”  I was a Christmas Eve baby all those years ago, the second of the three children of Nora and Luke Higgins. Mother was pushing forty when they married and my father was forty-two. My older brother was named Joseph. Nineteen months later I, Mary, was born. Three and a half years later, my little brother, John, came along.  We lived in a very nice section of the Bronx on a street off Pelham Parkway. I loved our house. I still love it. After my father died, when I was eleven, my mother had to sell it.  I went to Saint Francis Xavier Grammar School. Two years ago I went back and was Principal for a Day. Escorted by two of the tiniest children, I was led into the auditorium while the whole student body sang “Hello Mary. You’re back where you belong.” I still tear up thinking about it.  I was awarded a scholarship to Villa Maria Academy which is in the Pelham Bay section of the Bronx, otherwise I couldn’t have afforded to set foot in it.  I went to Woods Secretarial School and at eighteen had my first full-time job as Secretary to the creative director of Remington Rand’s in-house advertising agency. If I were making that choice now I would have gone to college even though God knows we needed the income. On the other hand the three years I spent in Remington Rand was a tutorial in advertising which served me well when I was widowed with five small children. Another plus was that I left Remington to be a flight stewardess with Pan American Airways and when my contemporaries were seniors in college, I was flying to Europe, Africa and Asia.  Warren Clark and I were married on December 26, 1949 and had five children in the next eight years; Marilyn, Warren, David, Carol and Patricia. Warren died of a heart attack in 1964. The highest compliment I can pay my kids are that they are like him.  I sold my first short story when I was twenty-eight. It was alled ‘Stowaway’. It had been rejected forty times before a magazine in Chicago bought it for one hundred dollars.  My first book was about George Washington. It was published in 1969 and disappeared without a trace. Three years ago Simon and Schuster co-published it with the Mount Vernon Historical Society and retitled ‘Mount Vernon Love Story’, it became a bestseller.  My first suspense novel ‘Where Are the Children’ was bought in 1974 for three thousand dollars by Simon and Schuster. Thirty-three books later, I’m still with S&S.  Time to wind up – at least for the present. As soon as I sold ‘Children’ I enrolled in Fordham College. Went there for five years at night and earned a B.A. in Philosophy. Summa cum laude, if you please. (read more) 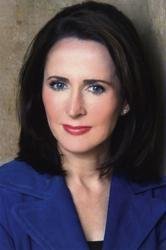 Carol Higgins Clark is the author of nine previous bestselling Regan Reilly mysteries. She is coauthor, along with her mother, Mary Higgins Clark, of a bestselling holiday mystery series. Also an actress, Carol Higgins Clark studied at the Beverly Hills Playhouse and has recorded several of her mother’s works as well as her own novels. She received AudioFile’s Earphones Award of Excellence for her reading of Jinxed. She lives in New York City.