And now we have a winner for our new and last book of the month.

Mocha Girl Read Book of the Month for December is A Christmas Prayer by Kimberla Lawson Roby. Take a minute to see what this book and the author are all about.

Alexis Fletcher hasn’t had a merry Christmas in five years-not since her mother passed away. Every December she remembers the joy her mother brought to everyone during the holiday season and feels the pain of her absence, even more so now that she and her sister are barely speaking. More than anything, Alexis wishes her family could be whole again.

However, with her wedding fast approaching, Alexis might just be ready to make some holiday memories with a new family of her own. Alexis’s fiancé, Chase Dupont, is everything she ever dreamed of. He’s kind, handsome, fully supportive of Alexis’s career, and the CEO of a large company. But outside forces threaten to derail this happy couple from ever reaching the altar.

As tensions rise, a dramatic event causes Alexis to question everything. Will fate give her what she needs to finally embrace the season that has brought her so much pain? Will Alexis get her wish for a happy holiday? Or will her Christmas prayer go unanswered? 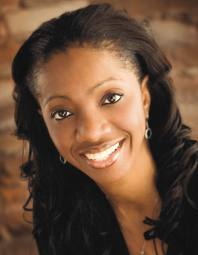 New York Times Bestselling Author Kimberla Lawson Roby has published 19 novels which include A HOUSE DIVIDED, THE PERFECT MARRIAGE, THE REVEREND’S WIFE, SECRET OBSESSION, LOVE, HONOR, and BETRAY, BE CAREFUL WHAT YOU PRAY FOR, and her debut title, BEHIND CLOSED DOORS, which was originally self-published through her own company, Lenox Press.  She has sold more than 2,000,000 copies of her novels, and they have frequented numerous bestseller lists, including The New York Times, USA Today, The Washington Post, Publishers Weekly, Essence Magazine, Upscale Magazine, Emerge Magazine, Barnes and Noble, Amazon.com, Wal-Mart, The Dallas Morning News, and The Austin Chronicle to name a few, and both BEHIND CLOSED DOORS and CASTING THE FIRST STONE were #1 Blackboard bestsellers for four consecutive months in both 1997 and 2000.  BEHIND CLOSED DOORS was the #1 Blackboard Best-selling book for paperback fiction in 1997.

Kimberla is a 2013 NAACP Image Award Winner for Outstanding Literary Work – Fiction, the recipient of the 2006, 2007, 2009, 2010, and 2011 Author of the Year – Female award presented by the African-American Literary Award Show in New York, the recipient of the Blackboard Fiction Book of the Year Award in 2001 for CASTING THE FIRST STONE, the recipient of the 1998 First-Time Author Award from Chicago’s Black History Month Book Fair and Conference, and in 2001, Kimberla was inducted into the Rock Valley College (Rockford, IL) Alumni Hall of Fame.