Maybe you have been following March Madness, cheering college basketball players on as they compete for glory and bragging rights. There was a second tournament happening simultaneously in March – The Tournament of Books. This annual event, presented by The Morning News, is now in its thirteenth year.

The Tournament starts in December when The Morning News presents a longlist. That list is whittled down to sixteen of the year’s “best” novels. Then every weekday in March two books compete against each other in hopes of making it to the next bracket. Journalists, novelists, and other writers act as judges, explaining their decisions in essays posted on The Morning News’s website. A second group of writers, booksellers, and podcasters provide commentary on each day’s results.

The Tournament starts with eight opening rounds, with one judge per round. Those eight rou

nds lead to four quarterfinal matches, and then to two semifinal rounds. Before the finals comes the Zombie Round in which two books that were eliminated earlier in the Tournament get a second chance. The two books who survive the Zombie Round enter the final bracket. Interestingly this year’s two finalist were both books that dealt with American slavery: Yaa Gyasi’s Homegoing and Colson Whitehead’s The Underground Railroad. 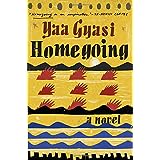 In the final round each of the Tournament judges casts a vote, again providing an explanation for their decision. This year The Underground Railroad won with fourteen votes to Homegoing’s three. The real winners of course are the readers. If you are wondering what to read next, aside from the Mocha Girls book of the month of course, take a look at the sixteen books chosen to compete in the Tournament. You’re bound to find something good.

Blogger at Passport Books
I grew up in northern California. Since then I have lived in Boston, New York, London, and Los Angeles. Wherever I go, I am sure to bring a book for with a book I can travel anywhere in time and space. As an avid reader with eclectic tastes, I'll give just about any genre a try. Whether it is a mystery, fantasy, science fiction, romance, literary fiction, or nonfiction - bring it on. My favorite read is anything with a good story, well drawn characters, a compelling plot, or well crafted sentences – bonus if a book contains all of the above. I joined Mocha Girls I wanted to meet other African-American woman who enjoyed books and reading as much as I do. In Mocha Girl I found an amazing group of women who understand the power of a great story.