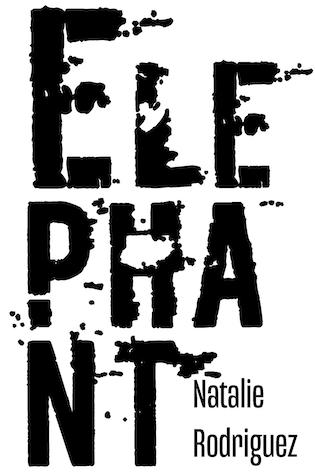 After a strange encounter leaves him hospitalized, a timid teenage boy named Matt “Matty” Smith comes home to a continuous series of events met with anxiety, depression, and PTSD.

Under the guardianship of his grandma, Lucia, Matt lives with unspoken questions about his grandfather and parents. The elephant in the room. As Matt develops over the summer, the secrets only grow more profound and complex. Will the answers ever come? While searching for answers, Matt and his three childhood best friends encounter the meanings of love, forgiveness, and fate.

Derek stuffed another soy sauce-loaded Italian meatball into his mouth.

“Shut up, midget!” Jamie retorted and set another pepperoni sausage olive pizza slice onto her plate.

“That’s so rude.” Lisa shoved a spoonful of chicken manicotti into her mouth. “You’re like calling her fat.”

“Oh,” Lucia chuckled, “neither one of you needs to lose weight. In all honesty, you can all gain a few pounds.”

She peered at Jamie, who smiled. “Thanks.” It was in the eyes.

“Well.” Matt chewed off his last bite of a sweet and spicy boneless chicken wing from the sticky orange sauce on his fingers. “Who’s next?”

“Mine.” Jamie handed over a sealed envelope. On the front, “MATTY” was handwritten in bold navy-blue ink.

“Thanks.” As soon as their hands brushed, a shock of electricity ran through his body. “Uh, thanks.” It was all he had thought of—that spark between them and taking an extra look at Jamie; her eyes were still on him like a hawk’s.

Everyone sat at the edge of their dining chairs. Lucia took a sip from her glass of red wine, as she leveled up the digital camera in the other hand (mad pro skills). Matt glanced at their eager faces, although Derek’s big ol’ goofy grin held his attention for a moment longer. The boy sure had some crooked ass teeth, to be truthful. It was also unsettling that Derek’s grin grew wider like a mannequin in a window display and not the pretty looking ones either; more of the Stepford wives with clown makeup and pumped lips and cheekbones.

Matt opened the envelope and into his hands spilled two gift cards: Tillys, and iTunes. For some reason, he sighed with relief.

“See.” Jamie leaned back in her chair. “I can follow your crazy, ‘Only gift cards’ rule. We all remember last year.”

Lucia snorted and covered her mouth to prevent the wine from spilling out. But a few splashes sputtered through her nostrils.

“Yeah,” Lisa added on, “those clothes were all baggy in the wrong places.”

“Thanks, Jam,” Matt said with a bit overzealous smile.

Shit, he thought to himself. Motherfuckin’ shit.

He turned away and placed her gift on the small pile: gift cards Derek got him for Chick’s Sporting Goods and Best Buy with Target and Starbucks gift cards Lisa got him.

“Anytime, Matty.” And that time, Jamie smiled back. Holy, moly! She had pretty little teeth too.

“I’m done!” Derek backed up his chair and unbuttoned his Levis to air out his potbelly. That was when Jamie broke focus with Matt.

“Derek—put that thing away!” she screeched.

“Mini Buddha’s belly!” Lisa chanted and wiggled her arms over her head like a gorilla.

“Sorry, Lucia.” He scooted his chair back in, which gave the floor a few squeaks, so the red tablecloth concealed his stomach—his VERY pale, sole patched, Buddha’s belly.

“Well, I don’t know about you four but I’m tired.” Lucia swayed to her feet; her fingers went white as she clutched a hold of her glass. Matt eyed that second empty wine glass like it would come alive. “I’ll see you all.”

They had their fingers pressed to their lips. Jamie and Lisa even glowered his way. Matt’s eyes broadened with horror, as his head drooped closer to the table. It was done, all over.

“Matt,” Lucia said, her speech troublesome. “is this…”

The pieces of confetti on the table were shinier than ever. Matt rolled one of them between his thumb and middle finger. The confetti was a lustrous blue circle, although it felt like blazing hot fire. The creators of confetti had it all wrong. They should have been red—a mighty, burning passionless red.

“I want you to…” On that last deep breath, he looked up at his grandma. “We’re going to the cemetery—”

“Why don’t you ever want to talk about it?!”

Jamie, Derek, and Lisa moved robotically. The lower halves of their bodies went paralyzed, as their eyes rolled side to side to catch glimpses of each other and the Smiths. By now, Matt was on his feet, his fists planted on the table. The tablecloth was scrunched up as he leaned forward, steadying his balance on his elbows. His pulse raced throughout his body, rigid as stone and hot as lava.

“Why can’t you let it go,” he pled unintentionally. “I did.”

“Matt, I’m very…” Her back was to them. Lucia lingered in the dining room archway, but by the sniffles and refusal to turn around, it was obvious. She did everything she could to cover up the waterworks; she even tugged at her sleeve (long sleeves shirts were all she ever wore). “I’m very tired. I’ll see you in the morning.”

Off her glance, she was gone. Her red sea of swimming pool-eyes was no longer in their sight. His sight.

Jamie, Derek, and Lisa averted their attention away from Matt. Suddenly, he felt…funny. Something seemed to boil at the pit of his stomach. Whatever it was, it shot up to his chest and formed a sour taste in the back of his mouth, like he had just eaten something spoiled, weeks after its expiration date.

Her fingers drifted over his fist like a cloak. Matt’s fingers unfolded, but he refused to look at her. It was obvious—the strain and worry look in her eyes, as she caressed his hand. His shoulders shot up, about an inch from touching his earlobes. The twinge of sorrow prolonged in his eyes and strengthened the veins to pop right out; red, so very red from the haggardness and stress, all from another wasted amount of energy from a big waste of time. Every year, he thought to himself. Every year on my birthday. 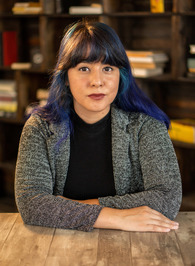 Natalie Rodriguez is an award-winning writer, director, and mental health and anti-violence/trauma advocate based in Los Angeles, CA. In 2014, she graduated from California State University, Fullerton with a Bachelor of Arts in Radio-Television-Film. Her first experience in entertainment was an internship at the Conan O’Brien show and Peter Guber’s Mandalay Pictures, where she worked at the offices of producers, Matthew Rhodes (“Cherry,” “Men in Black: International”) and Academy Award-winner, Cathy Schulman (“Sharp Objects,” “Crash”).

Natalie was also a panelist at events, including Google, Hispanicize, and YouTube, where she has shared her story as a writer, filmmaker, and a female working in the entertainment industry. Some of her previous writing work can be found in publications such as the HuffPost Blog, Thrive Global, Anxiety Resource Center, Opposing Views, NowThis News, Zooey Deschanel’s Hello Giggles, The Mighty, and more.

In 2017, she founded her production company, Extraordinary Pictures, focusing on both films, television, digital series, and social issue projects. The company has a list of projects in its roaster, including development on a TV sitcom, “The D,” which placed in top-ten for best comedy screenplays at Stage 32. At the moment, Natalie’s second directorial feature film, “Howard Original,” is in post-production and set for an August 2020 release date on YouTube Premium. The film is based on the award-winning short film about a washed-up screenwriter named Howard, who encounters more than just selling a story, a studio rejection, and writer’s block when his pet cat comes to life.

Natalie’s directorial feature film, “The Extraordinary Ordinary,” which she also wrote, produced, and was the executive producer on, is making its round through the festival circuit. The film deals with young adults, mental health awareness, and the aftermath of trauma. The film won ‘Best Film About Women’s Empowerment’ at the Glendale International Film Festival and scored nominations in Best Director, Best Female Director, and Best Picture. The film also had a sold-out world premiere screening at the Los Angeles Diversity Film Festival (LADFF), winning ‘Best Performance’ by the leading actress, Maddison Bullock. Further details on the project can be found @theextraordfilm, including recent film festival awards and nominations.

Natalie was most recently an ambassador for Jen Zeano Designs (JZD), a clothing company in association with USA Networks. While she continues to build her creative background, Natalie is always open to collaborating with other artists and advocates. Currently, she awaits the publication of her first young adult novel this April 2020, “Elephant,” a story about four childhood best friends who uncover a family secret. The book was also a finalist at Clare Books’ the Binge-Watching Cure II contest for ‘Best Novel.’.