Welcome to the first annual Black History Month Hop hosted by Reflections of a Bookaholic and Mocha Girls Read.

This event kicks off the month-long Black History Hop, which will focus on giving black authors, books, and those who support them a month in the spotlight.

This week we are going to talk about the Business of Black Books.  Basically, the authors and their experiences along with publishers, illustrators, booksellers, book bloggers and everyone involved in getting black authors to their readers.  Today we are welcoming a really cool and funny brotha to our site who is a comic book writer/illustrator.  Give a big Mocha Girls Read welcome to … 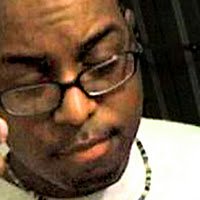 MGR: Welcome to Mocha Girls Read John.  We are so glad you took some time to stop by here.   Can you tell us how you got into comic books?
JG:  One fateful day when I was four years old my mom took me to a garage sale. There were four comics in a pile there and the bright colors really attracted my attention. I remember begging my mom to buy them and she did.
All the words were a bit difficult but I was able to read some. The best part about comics was that the art mostly told the story, so it wasn’t necessary to know all the words.

MGR:  What was your favorite comic books as a kid?
JG:  My favorite comics were always the Marvel ones. Spider-Man and X-Men were the ones I couldn’t live without.  They were both such underdogs that it was easy to relate to them.  It’s so funny (and a little sad) since those are two comics that I definitely avoid these days because I think both sets of characters have lost their way a bit.

MGR:  What are some obstacles you face as a comic book writer?
JG:  I guess I’m not really a comic book writer (yet). I’ve never been paid to write one. However, the strange thing is the competition to write and draw professionally is FIERCE. There are so many people who want to do this thing but so few spots available.
You wouldn’t expect this given the general disdain that the general public has for comics, but it’s true. It is TOUGH getting into comics.

MGR: What have publishers said about your work?
JG:  The ones I’ve submitted to usually say something along the lines of:

“What the heck is this crap??”

“You call this art?”

This is usually followed by them crumpling up the artwork and throwing it at me. Like I said, it’s a tough game…

JG:  But seriously, some of the real comments I’ve received from editors are along the lines of me needing to draw more backgrounds and spend more time on the inanimate objects. It was fair criticism because I don’t like to draw that stuff. I like to draw human figures and I think it shows in my work.
Unfortunately, telling a story requires you to set the stage with background artwork, so it’s something that needs to be done.

MGR:  Have you made any changes to your work based on a publishers comment?
JG:  I have learned more about anatomy and perspective based on feedback from editors. All of the comics I truly enjoy use a lot of incredible perspective shots and the people look really solid. You can tell they don’t rush/fake or skimp on anything, so I don’t want to do those things, either.

MGR:  What does your family think of your work and profession?
JG:  They’re pretty proud of the things I can do, although pretty used to it by now. I suppose they wish it were a bit more lucrative, but you don’t really get into comics looking to be a millionaire.

MGR:  Can you tell us the steps you have taken to get were you are now?
JG:  Sure!

Step 3: Go to college. Waste time learning all kinds of art processes that have nothing to do with what I like to do. Also waste time kickin’ it and chasing girls…

Step 4: Do everything you’re “supposed” to do. Get a job and work away your life for about 10-15 years. Submit to big publishers consistently throughout this time with no real hits.

Step 5: Eventually say “screw this!” throw down a smoke bomb, escape in the confusion and start going after what you want. Put up my own website, start developing my own following and start doing things for myself.

MGR:  What are you working on now?
JG: Well, after I finished my e-book “How to Deal with Stupid Clowns who don’t know what the Hell they’re talking about! I wasn’t sure what my next project should be.  For now I’m just taking commissions, doing web work and coming out with my Monday Comics series. I’m going to work on getting my name out there more and building my following so hopefully the next project will suggest itself to me naturally.

MGR:  What are you reading now, John?
JG:  Besides my usual comics (Avengers Academy, Action Comics, Nova, Black Panther) I’ve been catching up on my fantasy stories. I just finished up Raymond Feist’s “A Kingdom Besieged” and George R.R. Martin’s “A Dance with Dragons”. I’ve also been reading some of the cool short stories in the annual “Year’s Best Science Fiction” series. Great stuff!

MGR:  Nice reading selections!  Do you have any advice for up and coming comic book authors. Pitfalls.
JG:  Well I don’t have too much advice to give, as I haven’t officially “made it” myself. But I will say the disturbing trend for comics is that the industry seems to be star-struck by other entertainment media.
This means you need to go out and write a novel or get published somewhere else to get the wheels greased to get into comics.
I remember reading an interview from Reginald Hudlin, where he explained how he just couldn’t break into comics, and yet he had an easier time going and making movies. Then when he finally got back around to comics, they had to pay him far more money than they would have if they had just given him a chance in the first place.
I guess no one wants to be the proving ground, so if you’re going to do it, you’d be best to develop your own base and platform first.

MGR:   John, I have to ask you this question…If you could have one superpower, what would it be?
JG:  I’d like to have Wolverine’s powers. Not the claws, though. Just the healing ability. That would be pretty awesome.
But I wouldn’t go out and fight crime, or anything. I’d use my great power responsibly…for myself.  I’d chill at home and quietly heal all by my lonesome. If I ever got a paper cut or anything I’d just watch it heal and say “Cool!” Then get on with my day.

MGR: Finish this sentence…”If I had to do this all over again I would…”

JG:  …definitely not spend a bunch of years working for someone else. At some point you have to believe in yourself and take every single (ethical) opportunity to advance yourself.
I let quite a few opportunities slip through my fingers because I was afraid to put myself out there or because I was just comfortable where I was. If I could do it again I’d skip all that and get right to the good stuff!

MGR:  Thank you so much John for this wonderful interview.  Do you want to give anyone a shout out!?
JG:  I’d like to give a shout out to my good friends that supported me in my foray into e-book publishing: Mitch from Morphodesigns.com, my other buddy Mitch from imjustsharing.com, Jarvis from Blacksciencefictionsociety.com, and I can’t forget about my girl Melinda from findingthehumor.com.
They all reviewed and/or incessantly tweeted and supported my “Stupid Clowns” effort so I appreciate all the feedback and support they gave me.

Thanks much to Mocha Girls Read for the opportunity to appear here!

Take a minute and check out John’s video below.

Enter to win an e-copy of John Garrett’s comic book “How to Deal with Stupid Clowns!”  This is open internationally.  Winner will be announced on 2/29/2012 at midnight PST.

Join the link or just go to the link to see the other books people are talkin’ about.