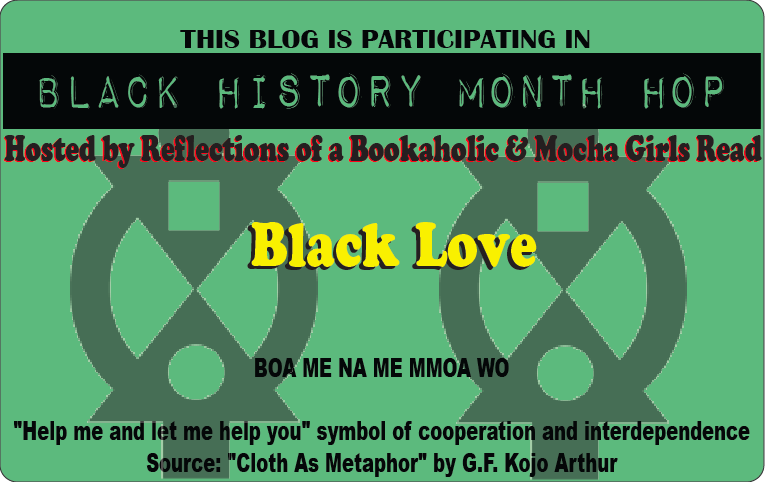 We have five giveaways going on right now from great Black authors.  All winners will be announced on 2/29/2012.

Today I am so excited to introduce to you a writer I found through Jade’s Blog.  Let’s give a big Mocha Girls Read welcome to …

Ms. Jenkins is the nation’s premier writer of African-American historical romance fiction and specializes in 19th century African American life. She has 30 published novels to date.

She has received numerous awards, including: five Waldenbooks/Borders Group Best Sellers Awards; two Career Achievement Awards from Romantic Times Magazine; a Golden Pen Award from the Black Writer’s Guild, and in 1999 was named one of the Top Fifty Favorite African-American writers of the 20th Century by AABLC, the nation’s largest on-line African-American book club.

She has also been featured in many national publications, including the Wall Street Journal, People Magazine, Dallas Morning News and Vibe Magazine. She has lectured and given talks at such prestigious universities as Oberlin University, the University of Illinois, and Princeton. She speaks widely on both romance and 19th century African-American history.

In 2004 Ms. Jenkins branched out into romantic suspense with the publication of Edge of Midnight. Bring on the Blessings, her first faith based, women’s fiction work, was published in Jan 09.  Her newest historical, Night Hawk will be released in October 2011.  In 2012, look for the fourth book in the Blessings series: A Wish and A Prayer.

MGR:  Welcome to Mocha Girls Read Ms. Jenkins!  I am sooo over the moon that you are here today.  Tell us about you latest book.

BJ:  My latest book is Night Hawk. It’s a historical romance set in 1889 Wyoming, and my sixteenth historical published by Avon books, an imprint of HarperCollins.  Night Hawk’s hero Ian Vance is a Bible quoting, gun toting bounty hunter. He appeared as a secondary character in two previous books. Inspiration came from all the emails and letters I received from readers asking that he have his own story. 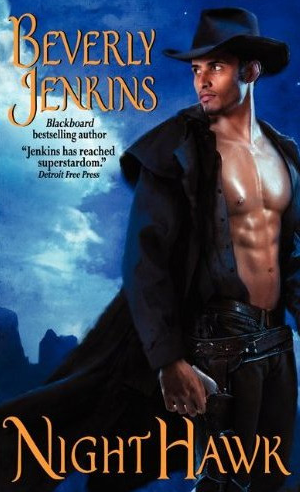 MGR:  I just had to give the cover of Night Hawk some love.  As you can see why.  Do you have something in the works right now?

BJ:  I’m presently working on a contemporary romance novella about a woman who inherits a football team, and a historical set in 19th century California. No peeks allowed until I’m done because sometimes stories change before they cross the finish line.

MGR:  It looks like you are always writing.  Do you take time out to read other books?  If so, what are you reading now?

BJ:  Since I’m working I’m not reading, but when I’m done I’ll be reading the last in the Thief of Swords trilogy by Michael J. Sullivan. I’m a big fantasy fan.

MGR:  Really!  Who are some of your favorite authors?

MGR:  What does your family think about your title of published, award-winning author?

BJ:  My family loves having an author in the family. We’re all big time readers and they couldn’t be more proud – especially my mom.

MGR:  From all your experiences and your journey, what advice would you give to up and coming authors?

BJ:  My advice to all authors is to read, read, read – especially outside of your genre, and to write the best book you can. If you need help with grammar and or structure – get it – maybe in a class or in books on writing.

BJ:  Black History Month – I could do a dissertation on the subject, but since I can’t, let me say this. There were more than a handful of people who helped the race get to where we are today, but every February, we see the same faces. Where’s Lewis Latimer who worked with Thomas Edison to develop the light bulb? Where are the early twentieth century female aviators like Bessie Coleman and Willa Brown Chappell? Where are the 19th century explorers and mountain men like Jim Beckwourth?  Kids today grow up thinking MLK, Sojourner Truth, Harriet Tubman and Frederick Douglass are it. Few of them know that a Black man invented the stop light or that the Daughters of Africa were 200 working class Black women in Philadelphia in the 1820s who banded together to help pay sick and death benefits for the destitute in their community. None of them have heard of John S Rock, who in 1865 became the first Black lawyer allowed to argue before the US Supreme Court, or that there were all Black towns in Oklahoma before and after the Civil War.  Black History month could and should be so much more. School systems, the media and we parents need to look beyond the tried and true.  Stepping down off my soapbox now.

MGR:  That is so true!  Finish this sentence…”If I had to do it over again, I would…”

BJ:  If I was given a do over in life, I wouldn’t change a thing because all the stumbles and wrong turns and dumb choices we all get to make when we’re young brought me to where I am now  – and my life is blessed.

MGR:  What do you do for fun or in your free time?

BJ:  For fun, I garden, listen to music, read, and cook – not necessarily in that order.

MGR:  When you were a kid, what did you want to be when you grew up?

MGR:  In five years, where do you see yourself?

BJ:  Five years from now I hope to have the same peace in my life that I have now.

MGR:  What is your favorite holiday and your pet peeve?

BJ:  Favorite Holiday – Christmas. I have a large family. We have Christmas at my mother’s house and we have a ball!  Pet Peeves. Writers who don’t know that:  their and there – they’re not the same thing, or that  you’re and your are different words and therefore not interchangeable. Same holds true for cite and site. I could go on for days. For whatever reason, some young writers don’t seem to think it’s important to get the little things right – but it is.

MGR:  Thank you so much for stopping by and giving us a glimpse into your life.  Would you like to give a shout out to anyone?

BJ:  Shout out #1 to all the unpublished writers – keep at it. Don’t let anyone tell you your dreams don’t have value – they do! Shout out #2 – to my readers worldwide. They’re blessings in my life.

Since my introduction to Beverly Jenkins’s work came from Jade at Sort of Beautiful, you have to visit her blog to pick the book you would like to win.

1.  Click Here to see the selection of books Jade has reviewed of Ms. Jenkins books and pick one.

2.  Come back here and complete the form.

This giveaway will have two winners.  The winners have to be in the US and this giveaway ends on 2/21 at midnight PST.  Good Luck!!

Check out the other blogs and the books on “Black Love” they are talking about.  Bloggers add your link to the linky as well.  One lucky blogger will win a great prize for joining this week.