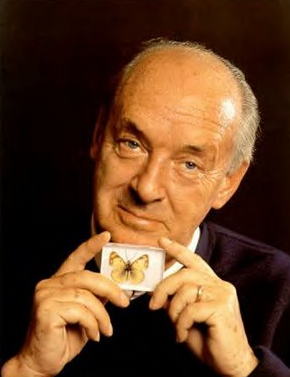 Vladimir Vladimirovich Nabokov was born on April 23, 1899, in St. Petersburg, Russia. He attended Trinity College in Cambridge studying Slavic and romance languages, earning his honors degree in 1922. For the next eighteen years he lived in Berlin and Paris, writing prolifically in Russian under the pseudonym Sirin. Having already fled Russia and Germany, Nabokov became a refugee once more in 1940, when he was forced to leave France for the United States. There he taught at Wellesley, Harvard, and Cornell. After catching his first butterfly at the age of six and collecting insects throughout childhood, Nabokov became a lifelong lepidopterist [the study of butterflies]. Between 1942 and 1948, Nabokov was a Researcher Fellow in the Harvard University Comparative Zoology department.

Nabokov finished Lolita on 6 December 1953, five years after starting it. Because of its subject matter, Nabokov intended to publish it pseudonymously..

Lolita has banned in December of 1956 in France, England, Argentina, New Zealand and South Africa for obscenity.

The name “Lolita” has entered pop culture to describe a sexually precocious girl, though Nabokov never intended to create the association. He fought with his publishers over whether an image of a girl should be included on the book’s cover.

In an interview with Life Magazine, Nabokov said, “I would say that of all my books Lolita has left me with the most pleasurable afterglow—perhaps because it is the purest of all, the most abstract and carefully contrived. I am probably responsible for the odd fact that people don’t seem to name their daughters Lolita any more. I have heard of young female poodles being given that name since 1956, but of no human beings.“

Other Books by Nabokov:

“Human life is but a series of footnotes to a vast obscure unfinished masterpiece.” ― Pale Fire

“We sat and drank, each with a separate past locked up in him, and fate’s alarm clocks set at unrelated futures — when, at last, a wrist was cocked, and eyes of consorts met.” ― Pnin

“The pages are still blank, but there is a miraculous feeling of the words being there, written in invisible ink and clamoring to become visible.” ― Nabokov on writing