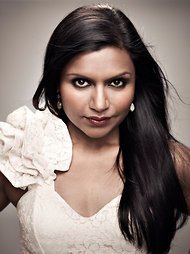 Mindy Kaling is an Emmy-nominated writer and actress on NBC’s The Office. She is also the creator and star of FOX’s The Mindy Project. In Is Everyone Hanging Out Without Me?, Mindy invites readers on a tour of her life and her unscientific observations on romance, friendship, and Hollywood, with several conveniently placed stopping points for you to run errands and make phone calls.

Is Everyone Hanging Out Without Me? (And Other Concerns):

In an interview with The Guardian, “Mindy said her life has been, by her own ready admission, pretty easy. “And that made writing the book more scary. The prevalent style of writing for female comedians is very confidential, even raunchy, and I don’t write about sex, I don’t have any depraved stories to tell and I don’t have any addictions – which are always terrible, until you have a book to sell.”

Mindy Kaling has announced she is writing her second book.The memoir, a book of essays, will be called “Why Not Me?”

Other Books by Mindy:

“I’m the kind of person who would rather get my hopes up really high and watch them get dashed to pieces than wisely keep my expectations at bay and hope they are exceeded. This quality has made me a needy and theatrical friend, but has given me a spectacularly dramatic emotional life.” ― Is Everyone Hanging Out Without Me? (and other concerns)

“What’s that? You’ve never heard of the freshman thirty-five? That’s funny, because neither had my parents, who welcomed me home on spring vacation with mild horror. I was a vaguely familiar food monster who had eaten their daughter.” ― Is Everyone Hanging Out Without Me? (and other concerns)

“A handful of experiences when I was small have made me a confirmed nonathlete. In psychology (okay, Twilight) they teach you about the notion of imprinting, and I think it applies here. I reverse-imprinted with athleticism. Ours is the great non-love story of my life.” ― Is Everyone Hanging Out Without Me? (and other concerns)