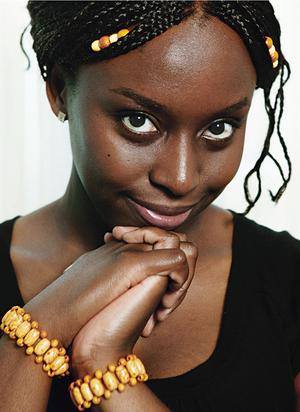 Chimamanda Ngozi Adichie was born in Nigeria in 1977. She is the author of three novels, Purple Hibiscus, Half of a Yellow Sun, and Americanah, as well as a short story collection, The Thing around Your Neck, and the short,We Should All Be Feminists. She has received numerous awards and distinctions, including the Orange Broadband Prize for Fiction and a MacArthur Foundation Fellowship.

Americanah was named one of The New York Times’s Ten Best Books of the Year and won the 2013 National Book Critics Circle Award.

Other Books by Chimamanda:

“Racism should never have happened and so you don’t get a cookie for reducing it.” ― Americanah

“This was love: a string of coincidences that gathered significance and became miracles.”  ― Half of a Yellow Sun

““Some people ask: “Why the word feminist? Why not just say you are a believer in human rights, or something like that?” Because that would be dishonest. Feminism is, of course, part of human rights in general—but to choose to use the vague expression human rights is to deny the specific and particular problem of gender. It would be a way of pretending that it was not women who have, for centuries, been excluded. It would be a way of denying that the problem of gender targets women.” ― We Should All Be Feminists