Your votes have been counted!  And boy was this one a close one!  By 1 Vote Close!

Mocha Girl Read Book of the Month for August is Me Before You by Jojo Moyes. Take a minute to see what this book and the author are all about.

They had nothing in common until love gave them everything to lose . . .

Louisa Clark is an ordinary girl living an exceedingly ordinary life—steady boyfriend, close family—who has never been farther afield than their tiny village. She takes a badly needed job working for ex–Master of the Universe Will Traynor, who is wheelchair bound after an accident. Will has always lived a huge life—big deals, extreme sports, worldwide travel—and now he’s pretty sure he cannot live the way he is.

Will is acerbic, moody, bossy—but Lou refuses to treat him with kid gloves, and soon his happiness means more to her than she expected. When she learns that Will has shocking plans of his own, she sets out to show him that life is still worth living.

A Love Story for this generation, Me Before You brings to life two people who couldn’t have less in common—a heartbreakingly romantic novel that asks, What do you do when making the person you love happy also means breaking your own heart? 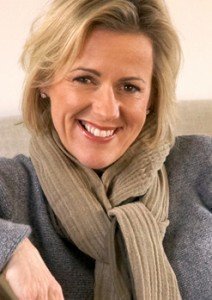 Jojo Moyes was born in 1969 and grew up in London. After a varied career including stints as a minicab controller, typer of braille statements for blind people for NatWest, and brochure writer for Club 18-30, she did a degree at Royal Holloway and Bedford New College, London University. In 1992, she won a bursary financed by The Independent newspaper to attend the postgraduate newspaper journalism course at City University.

Jojo worked as a journalist for ten years, including a year at South China Morning Post in Hong Kong, and nine at The Independent where she worked variously as News Reporter, Assistant News Editor and Arts and Media Correspondent.

Jojo has been a full time novelist since 2002, when her first book, Sheltering Rain was published. Since then she has written a further eleven novels, all of which have been widely critically acclaimed.

Jojo has won the Romantic Novelist’s Award twice, and Me Before You has been nominated for Book of the Year at the UK Galaxy Book Awards. Me Before You has since gone on to sell over 3 million copies worldwide.

For more information about all of Jojo’s novels, please visit the books page here.

Jojo lives (and writes!) on a farm in Essex, England with her husband, journalist Charles Arthur, and their three children.