It took seven days of nominations and 160 votes to cast…Mocha Girls Read April’s book selection winner is Can You Keep A Secret?.  This was the closes voting session ever.  Take a minute to see what this book and the author are all about.

Backstabbing office shenanigans, competition, scandal, love and sex…. Kinsella’s down-to-earth protagonist is sure to have readers sympathizing and doubled over in laughter. – Publishers Weekly 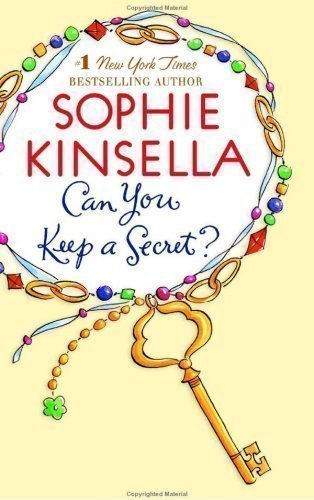 Emma is sitting on a turbulent plane. She’s always been a v. nervous flyer. She really thinks that this could be her last moment. So, naturally enough, she starts telling the man sitting next to her – quite a dishy American, but she’s too frightened to notice -all her innermost secrets. How she scans the backs of intellectual books and pretends she’s read them. How she does her hair up like Princess Leia in her bedroom. How she’s not sure if she has a G-spot, and whether her boyfriend could find it anyway. How she feels like a fraud at work – everyone uses the word ‘operational’ all the time but she hasn’t a clue what it means. How the coffee at work is horrible. How she once threw a troublesome client file in the bin. If ever there was a bare soul, it’s hers.

She survives the flight, of course, and the next morning the famous founding boss of the whole mega corporation she works for is coming for a look at the UK branch. As he walks around, Emma looks up and realises…

It’s the man from the plane.

What will he do with her secrets? He knows them all – but she doesn’t know a single one of his. Or… does she?

Sophie Kinsella has also written four standalone novels which have all been number one bestsellers: Can You Keep A Secret?, The Undomestic Goddess, Remember Me? and Twenties Girl.

Sophie wrote her first novel under her real name, Madeleine Wickham, at the tender age of 24, whilst she was working as a financial journalist. The Tennis Party was immediately hailed as a success by critics and the public alike and became a top ten bestseller. She went on to publish six more novels as Madeleine Wickham: A Desirable Residence, Swimming Pool Sunday, The Gatecrasher, The Wedding Girl, Cocktails for Three and Sleeping Arrangements.

She submitted her first ‘Sophie Kinsella’ novel anonymously to her existing publishers and it was snapped up without her editors knowing that she was already one of their authors. It wasn’t until the appropriately titled Can You Keep a Secret? was published that Sophie revealed her true identity for the first time.

Sophie Kinsella was born in London. She studied music at New College, Oxford, but after a year switched to Politics, Philosophy and Economics. She now lives in London, UK, with her husband and family.

Congratulations to Sophie Kinsella for becoming Mocha Girls Read book for the month for April 2013.