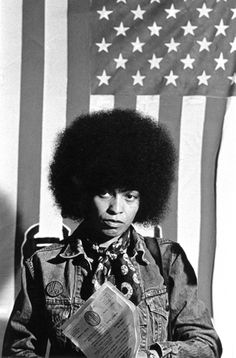 Many activists rose to power and recognition during the 1960’s but one woman inspired young girls to dream and cultivate their imaginations surrounding feminism and social consciousness.

In  Brown Girl Dreaming by Jacqueline Woodson, she speaks so effortlessly and lofty about her likeness for Activist Angela Davis during civil rights, Davis was viewed as radical and controversial but little girls with pigtails and playtime idolized her renown afro and persuasive voice. Her focus on social efforts for education and building “engaged communities” to solve various social problems was and still is uplifting. A movement many young women aspired to be apart; fighting for the rights of women was more alive than ever.

In salute to a “Mocha” beauty and brains, here is the voice of a woman that gave many hope: