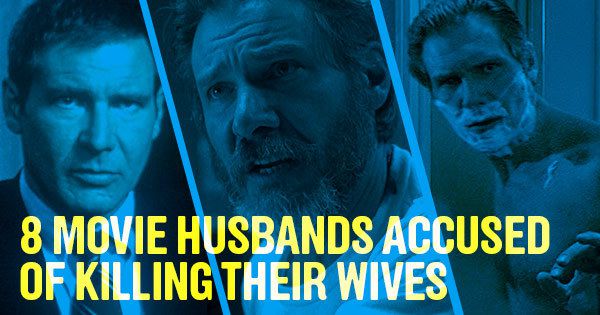 They say there are 4 motives for murder: sex, greed, revenge, madness and the greatest of them all is love. Love can be defined by many words and actions –for example, obsession is a twisted form of love, greed manifests as a lust for money or power, and revenge is rooted in the loss of love. Love is the most powerful motivator in the world whether for good or bad.

In the words of men who have killed the women in their life:

Conditions of risk: “There was writing on the wall”

“There was handwriting on the wall … but I think that even if the writing on the wall wasn’t so prominent for the people around, for the family, for friends, the one for whom it was definitely prominent was the victim…. The victim ignored and believed that maybe it wasn’t what she thought.”

Romantic ideology and the murderers

The fusion model of love

The love of the murderers

Defense: “I didn’t pull the trigger, but I pushed her away. And that’s why she died, because of me.”
We’ll be able to debate this forever, but let’s just assume Andy Dufresne’s claims that he didn’t kill his wife and her lover are true. They seem pretty believable when delivered so convincingly to the patient, Oscar-nominated ears of Morgan Freeman, who plays fellow Shawshank State Prison inmate Red. Dufresne’s innocence, even if it’s all pretense, fuels his determination to escape prison via an elaborate, multi-decade plan. Let’s just … overlookhis seeming willingness to accept that no one would ever find his wife’s true murderer.

Defense: “You know, it’s wonderful when guys like you lose out. Makes guys like me think maybe we got a chance in the world.”
For a late-1940s thriller, Dark Passage was surprisingly futuristic: Wrongfully convicted killer Vincent Parry (Humphrey Bogart) escapes San Quentin in hopes of finding the true identity of his wife’s murderer — but instead of just hiding out in basement apartments à la Dr. Kimble, he gets a new face so as to search incognito. The disguise doesn’t work, and neither do his attempts to prove his innocence. But he and his new face end up in Paris with Lauren Bacall, so it’s all good anyway.

Defense: “Something’s missing. What was that about a carousel?”
In this movie, released the same year as Dark Passage, Steven Kenet arrives home to find out his wife has been unfaithful, so he strangles her to death. Or so he remembers doing. He has a mental breakdown and lands in a psychiatric hospital with no clear memory of the attack. However, instead of resigning himself to a life behind the high wall (eh?), Kenet teams up with Dr. Ann Lorrison (Audrey Totter) to learn the truth. They do, but not before we’re sufficiently traumatized by the realities of the mental-health system in 1947.

Defense: “I didn’t do this.”
True, no one has seen this 2015 threequel of the original Neeson deathfest, but if its predecessors (and pretty much every other Liam Neeson film of the past few years) have taught us anything, it’s that even if he’s innocent of the crime in question, he will absolutely be guilty of killing a lot of other people (and wolves) who stand in the way of the truth. Did wolves kill his wife? Stay tuned.

Defense: “They think I killed her. [Pause.] Thank you.” “For what?” “For not asking if I did.”
Did Cobb kill his wife, Mal (Marion Cotillard)? Here’s what we know for sure: Mal kills herself (according to Cobb’s testimony, at least) because she believes she’s still dreaming and wanted to wake up. Then, because Mal is a criminal mastermind like her husband, she stages her suicide to make it seem like Cobb had pushed her out of a window. Because of this, Cobb is (understandably) wanted for murder and unable to return to the States. Is the top still spinning?